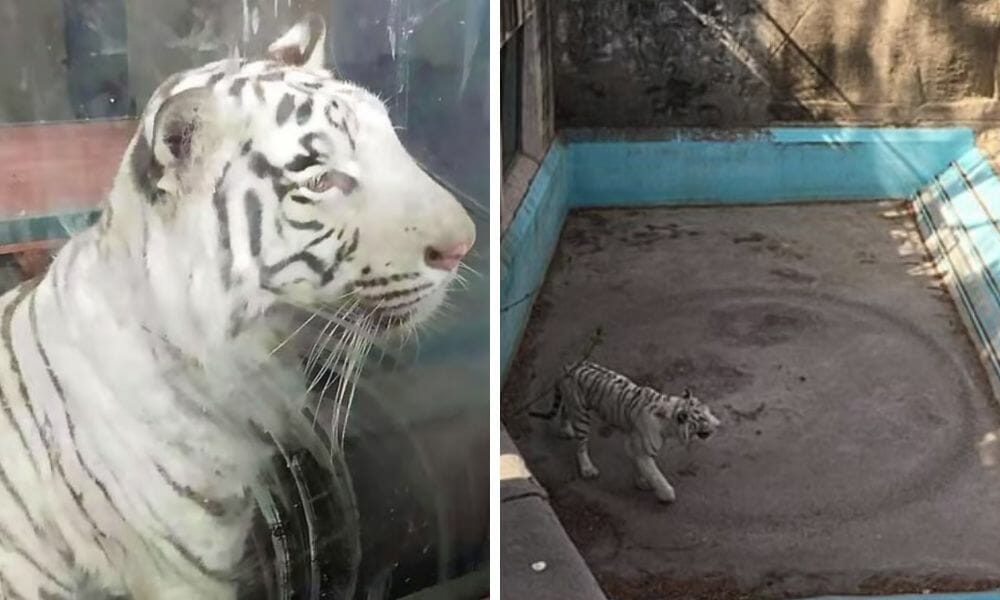 One depressed, captive white Bengal tiger is showing severe signs of zoochosis in the Beijing Zoo, walking endlessly in circles in what appears to be a desperate attempt to ease his anxiety, reveals a now-viral video.

Heartbreaking footage of the poor animal restlessly pacing recently surfaced on social media, serving as a sobering reminder of why wild animals do not belong in captivity. The noticeably distressed cat has been circling for so long in his small enclosure, he’s created a visible track in the ground.

The alarming video raised widespread concern about the tiger’s mental health, and a zoo staff member claims that the beautiful creature received “psychological counseling,” which included giving him more food and toys, after handlers noticed his bizarre routine. But the zoo is clearly failing to fulfill the tiger’s basic needs.

As long as this distraught tiger remains trapped in an inadequate environment, he will continue to suffer. Sign this petition urging the Chinese Ambassador to the U.S. Cui Tiankai to push the Beijing Zoo to move him to a sanctuary, where he can live a truly healthy and happy life.