SIGN: Justice for Swordfish Stoned to Death by Tourists 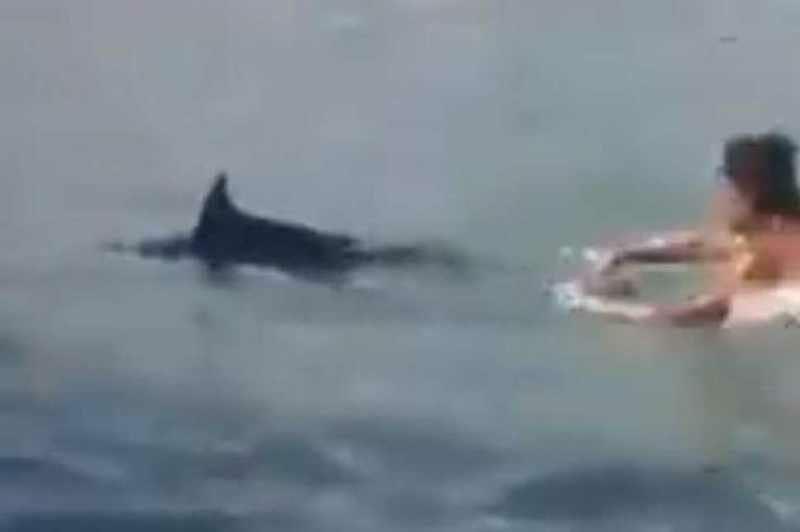 UPDATE (5/31/2022): We sent our petition, signed by more than 26,600 people, to the Greek Minister of Justice Kostas Tsiaras. Thank you to everyone who signed our petition demanding accountability. Despite multiple check backs, we have been unable to learn any more information about this horrific act of fatal cruelty. We will continue to do all we can to help animals everywhere. — Lady Freethinker Staff

A crowd of tourists on a beach in Chalkida, Greece tormented and attacked a disoriented swordfish who had accidentally comes too close to shore, stoning the innocent creature to death.

A video on Facebook shows onlookers laughing heartlessly while the attackers strike the swordfish with rocks and other objects, trying to grab the fish as the animal swam around in a confused state, desperately trying to escape to safety.

The frightened swordfish finally managed to get away, but a small group of men then further hounded her, intent on continuing the attack. Officials later discovered the animal dead in the harbour.

Not only did onlookers stand by and allow this terrible attack to happen, but harbour officials reportedly failed to take measures to prevent the escalation of the brutality.

This shocking incident must be investigated thoroughly and the attackers punished. Greek authorities need to make it clear that the abuse of animals is completely unacceptable.

Sign this petition to urge the Greek Minister of Justice, Kostas Tsiaras, to ensure that this case is fully investigated and that the perpetrators are brought to justice.