SIGN: Justice for Sir Edwin, Dalmatian Shot In His Own Home 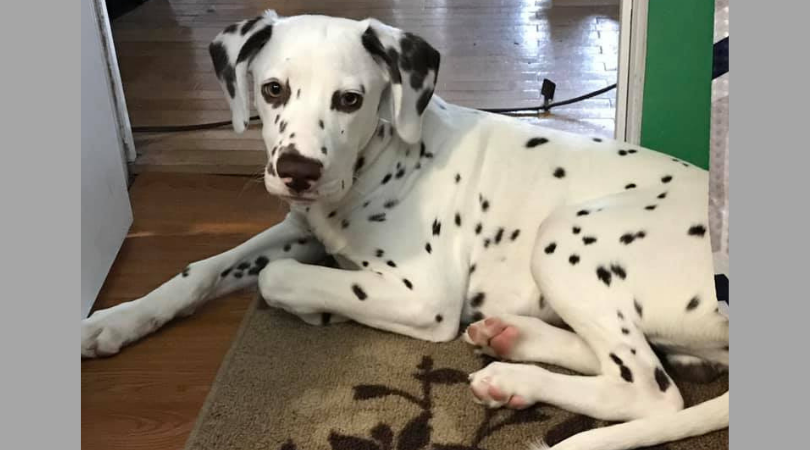 UPDATE: In January 2020, Joshua Marcantonio was found guilty of felony charges of attempted burglary, criminal possession of a weapon, reckless endangerment, criminal mischief, and misdemeanor animal cruelty. On February 21, 2020, Marcantonio was sentenced to 15 years in prison, the maximum for the top count of attempted burglary. Thank you to prosecutors, the jury, and the judge for treating this case with the severity it deserved.

In the early hours of the morning of May 10, a man shot and killed a two-year-old Dalmatian named Sir Edwin in the dog’s own home.

The suspect, Joshua Marcantonio, reportedly visited the residence in Glens Falls, New York, to catch up with friends. Jacqueline Gilligan, one of Sir Edwin’s guardians, told WNYT that Marcantonio had punched her father in his sleep before leaving the house, only to return with a shotgun.

He then fired the gun through the closed front door, narrowly missing a man on the other side but killing Sir Edwin almost instantly. Gilligan says she heard the blast of the gun followed by the yelp of her precious dog who died shortly after, terrified and confused.

Glens Falls Police arrested Marcantonio, who is now in the Warren County Jail. Police charged him with criminal possession of a weapon, reckless endangerment and misdemeanor criminal mischief.

Sign this petition urging Warren County DA Jason Carusone to treat this case with the severity it deserves, and prosecute Marcantonio to the fullest extent of the law — ensuring he can’t hurt another animal or endanger human life again.