SIGN: Justice for Puppy with Snout Tied Shut and Eyes Burned with Cigarette 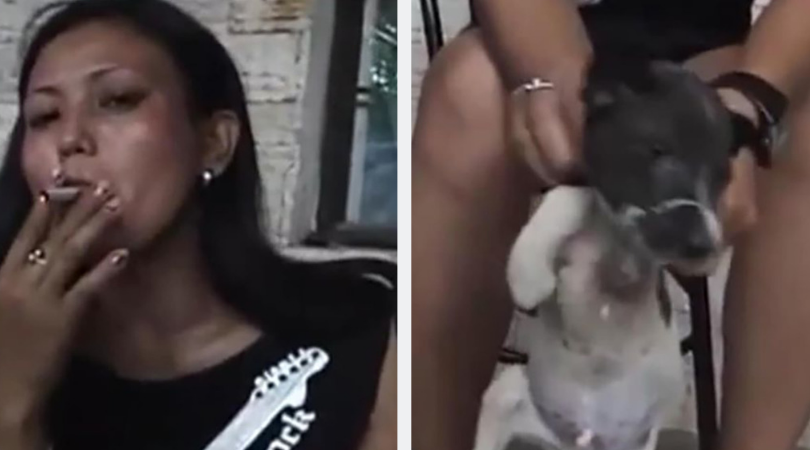 UPDATE: On September 9, 2019, Singapore SPCA posted the following update on Facebook: “PETA Asia has confirmed that the video was filmed in the Philippines in an old case involving Vicente and Dorma Ridon. The couple had produced multiple videos involving horrendous cruelty to animals that were sold online. PETA Asia and the Philippine authorities managed to locate the couple and shut down the operation. In 2014, the couple were sentenced to life in prison.”

We applaud authorities for locking the perpetrators away for life, sparing future animals and humans from suffering.

A sickening video gone viral on social media platform WhatsApp shows a woman burning a tiny puppy’s eyes with a cigarette and violently breaking the animal’s legs. The innocent black-and-white puppy has their mouth tied shut, completely helpless against the agonizing torture — likely inflicted just so fetish filmmakers could make a profit.

The video was brought to light by SPCA Singapore in a Facebook post, which appeals for help to find the woman responsible and bring her to justice.

It is unclear what country the incident took place in, but the video was widely circulated on WhatsApp, with viewers horrified by what they saw.

The SPCA is urging people to avoid sharing the video, stating that there are syndicates who make a profit from animal torture films. While authorities must investigate to find those responsible, we must avoid giving these sick individuals the attention they are craving.

This shocking incident cannot be ignored, or more animals will be tortured or killed.

Sign this petition urging WhatsApp to conduct a thorough investigate to locate the origin of this crime, and work with local law enforcement to serve justice for this innocent puppy.

Anyone with information in this case, please contact the relevant agency in your country. Alternatively, you can contact SPCA Singapore, which promises to relay the message in strict confidence, at [email protected]