SIGN: Justice for Puppy Hurled from Overpass And Left for Dead 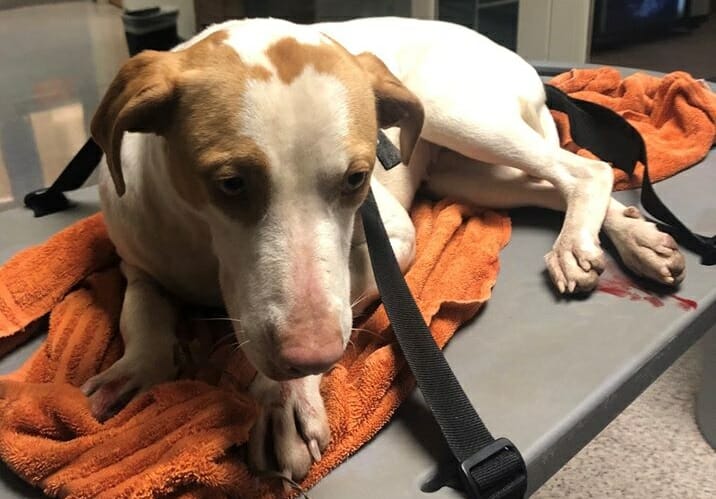 UPDATE (11/4/2021): The innocent dog thrown from a 30-foot overpass and dubbed the “Good Sam Dog” while recovering from her injuries at an animal hospital has a new name — Daphne — and a new start with a loving forever home.

Daphne received emergency medical care for multiple fractures and other injuries at the University of Tennessee Veterinary Medical Center. She then went to an experienced medical foster with the Young-Williams Animal Center, where she received excellent care along with her new name.

“Her foster mom named her Daphne, which means victory,” the Young-Williams Animal Center said in a post. “She slowly started to show her sweet personality along with lots more energy.”

While Daphne was still recovering from her ordeal, she landed a loving forever home and was officially adopted on April 14, 2020, said Amy Miller, marketing director for the rescue.

“We’re grateful for the outpouring of love Daphne received and hope her story inspires interest and support for animal welfare,” she said. 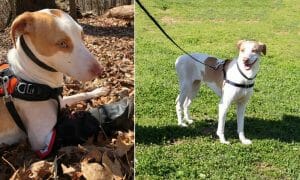 The Knoxville Police Department’s Animal Control Unit opened an investigation but wasn’t able to connect anyone to the crime, said Public Information Officer Scott Erland.
“Unfortunately, we had very limited information to go on initially,” Erland told LFT.  “Officer Aguilar was parked under the Alcoa Highway overpass at just after 3 a.m. on January 13 when he heard the impact of the dog hitting the ground in front of his cruiser. He was not in a position to see the vehicle and only heard a deep male voice.”
Erland said officers immediately tended to the dog’s injuries and transported her to a vet. During the investigation that followed, officers asked publicly for any information about the dog or her owners. They connected with a few people who offered information about possible suspects, but the leads led to dead ends.
“I can say that we expended a tremendous amount of effort on that, and even involved our Organized Crime Unit to assist in that months-long investigation,” Erland said. “But unfortunately, no arrest or charges were ever filed. “
Erland added that the officer who first helped Daphne is now a K-9 officer.
“I don’t know how much that move was influenced by his experience with Daphne, but I know that it made a big impact on him,” he said.
We thank the tremendous caregivers at the animal hospital and rescue for helping this innocent dog reclaim her life and live out the rest of her days in the loving home she deserves. We’re also extremely grateful to Officer Aguilar for his quick and compassionate action for Daphne, and to all the officers who worked to ensure a thorough and timely investigation of this cruel incident.
Thank you also to the nearly 30,000 people who signed our petition demanding justice and accountability for Daphne. We will continue to do all we can to raise awareness about intentionally cruel treatment of dogs and all other animals!

A defenseless puppy suffered bleeding from the mouth, paw abrasions, and a possible broken leg after someone threw her from a 29-foot overpass, leaving her for dead in the middle of the night.

Officer Kevin Aguilar of the Knoxville Police Department, who happened to be parked beneath the overpass, heard a grunting male voice, followed by a loud impact and yelping as the puppy hit the ground.

“I was in shock,” Aguilar said. “The first thing I was thinking was there’s no way someone just threw a dog off that bridge.”

Abandoned and scared, the injured dog lay bleeding on the ground until the officers transported her to the University of Tennessee Veterinary Medical Center. While she recovers from her injuries, the person who committed this disgusting act has yet to be found.

This innocent animal deserves justice. Please, sign this petition urging Knoxville Police Chief Eve M. Thomas to use every available resource in this investigation to find those responsible.

This is an ongoing investigation. The Knoxville Police Department encourages anyone with direct knowledge of this unspeakable act to come forward. You can call the Crime Hotline at 865-215-7212 or the Animal Control Unit at 865-215-8640.