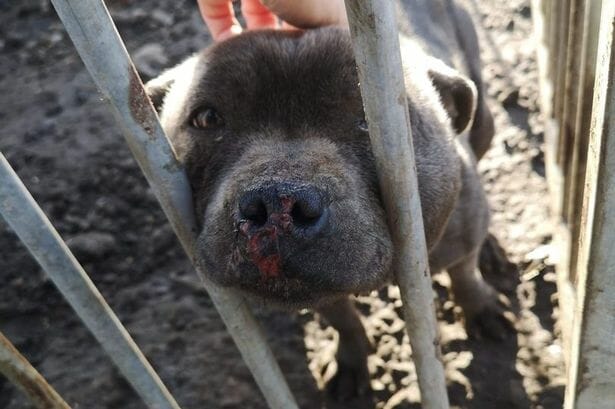 Covered in blood and feces, several sick and injured dogs languished in cramped cages at an alleged puppy farm in Bedfordshire, England, before authorities finally found them, according to Mirror.

Some of the dogs reportedly barely had enough room to turn around in their filthy enclosures, leaving them stuck in place as their waste accumulated at their feet. And at least one female dog’s body appeared “spent” from overbreeding, according to witnesses.

The heartbreaking scene, discovered by police, confirmed the long-held suspicions of a concerned neighbor, who contacted authorities after finding an injured dog on the property.

“She had a horrible wound on her face and had blood everywhere, she looked seriously unwell,” said Kristy Horton, in describing the dog.

Horton described the ordeal as “probably the worst thing I’ve ever seen.”

Whoever subjected these innocent dogs to this serious and prolonged suffering must answer for their actions. Sign this petition urging the Bedfordshire Police to use all available resources to find and charge the perpetrators.