SIGN: Justice for Puppies Dumped in Park with Throats Slit 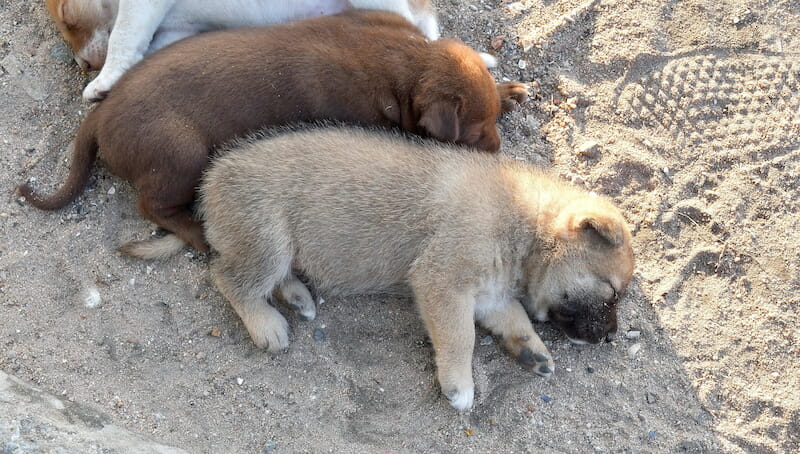 Found with their throats slit, eight puppies likely suffered a gruesome death before getting dumped near an area regularly used for walking and cycling in Invercargill, New Zealand. Two concern citizens, Kim and Errol Durry, covered the dogs’ lifeless bodies with sand to spare anyone else the horror of finding them.

A local rescue organization, who Kim contacted about the horrific discovery, would have taken in the innocent newborns, hand feeding and caring for them, according to Stuff.

“You can’t unsee it when you’ve seen it,” Kim told Stuff. “They were supposed to be loved and cared for by somebody.”

There is no excuse for brutally killing eight puppies. Whoever is responsible for such a heinous act of cruelty must be found and charged before more helpless animals are harmed.

This is an ongoing investigation. Anyone with information is urged to contact Paw Justice at [email protected] There is a $2,000 reward for information leading to an arrest.