SIGN: Justice for 30 Horses Left To Wither Away to Skeletons 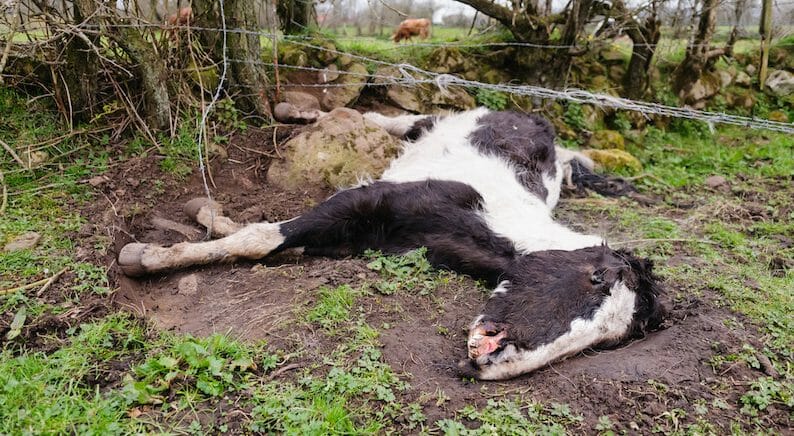 UPDATE (10/28/2021): Terence John Oberle pleaded guilty to 21 counts of breaching duty to care for an animal before the Toowomba Magistrate Court and has been fined $20,000 and prohibited from owning or buying any more horses than the six he currently has for the next 10 years, according to ABC News.

Magistrate Judge Howard Osborne said Oberle had showed “reckless disregard” for the horses under his care but said he wasn’t imposing the $40,000 fine pursued by prosecutors given that Oberle, 74 years old at the time of the hearing, was an individual of “limited means,” according to news reports.

We are glad that the individual responsible for the horrific and prolonged suffering of nearly two dozen animals has been found and fined. We are disappointed, however, that this ban on owning and purchasing animals is not for life.

Thank you to everyone signed our petition demanding justice and accountability for these innocent horses. We will continue to do all we can to raise awareness about cases of animal cruelty. —Lady Freethinker Staff

In a horrific case of animal neglect, 20 horses painfully starved to death in a Queensland, Australia, field, while an additional 8 emaciated horses struggled to survive among the rotting, scattered skeletons.

The corpses included seven ex-racehorses and a few yearling foals.

The surviving horses are so severely malnourished that even with prompt medical attention they may not survive.

Animal welfare group Australian Farm Animal Rescue Matters has arranged foster carers for the surviving animals, but the poor creatures are still with their abusive owner, forced to withstand excruciating hunger and thirst.

According to the group, this is not the first time the owner received complaints against him for neglecting animals. Inspectors had previously investigated the animals and ordered him to feed his horses. Reportedly, he dumped a bale of “moldy garden mulch” into the barren field.

These poor animals underwent agonizing suffering. We must speak out against such abhorrent neglect.

Please, sign this petition urging the Australian Minister for Agriculture Bridget McKenzie to order the remaining horses be immediately removed from the property and ensure the person responsible for such torturous neglect and heartbreaking death is prosecuted to the fullest extent of the law, including a lifelong ban on having animals.