SIGN: Justice for Hundreds of Dead and Dying Dogs Neglected by Fraudulent ‘Rescue’ 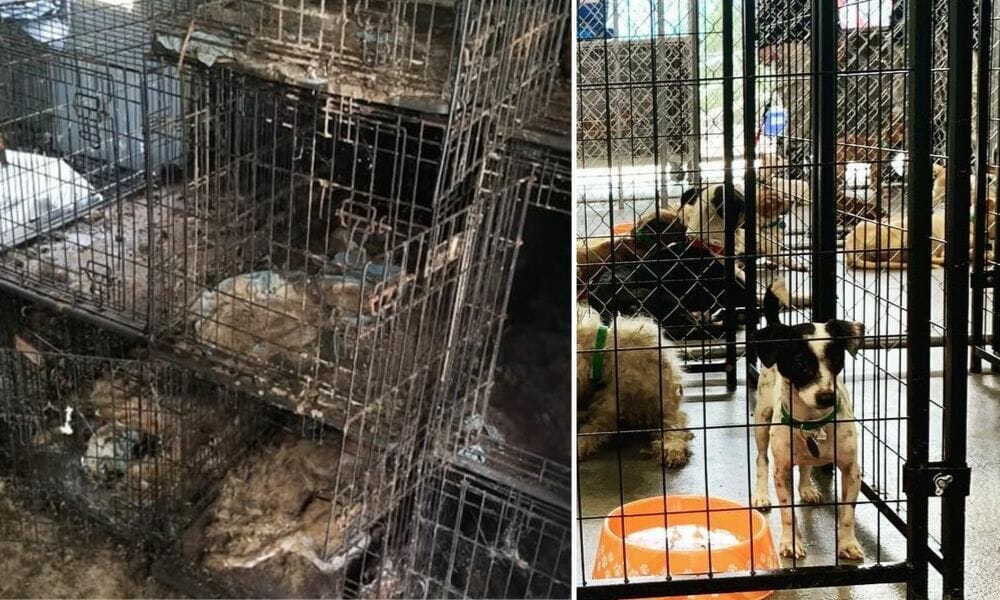 Hundreds of dogs were held in “unimaginable” conditions at properties in Cole Camp, Missouri and Cameron County, Texas. Law enforcement officers found stacks of rusted crates containing layers of filth—and in some, the bodies of animals who had passed away. Those still alive were crammed into tiny cages, their skin matted and burned from their own urine.

Between the two properties, both reportedly under the care of Steven and Tiffany L. Woodington, the officers found nearly 300 dogs suffering malnutrition and disease. The pair operated an animal rescue organization called “All Accounted For.”

For many of the animals, help arrived too late. Officials expected that more than half of the dogs from the Texas property would not survive due to such poor health. And law enforcement discovered approximately 120 dead dogs in “various stages of decay” on the Missouri property.

Police arrested the Woodington couple and a third unidentified person in connection to this appalling case and charged them with animal abuse.

These animals—both those who tragically lost their lives and those who miraculously survived—deserve justice.

Sign this petition urging police to conduct a thorough investigation, and prosecutors to file maximum charges and call for a lifetime ban on the defendants every having an animal again.