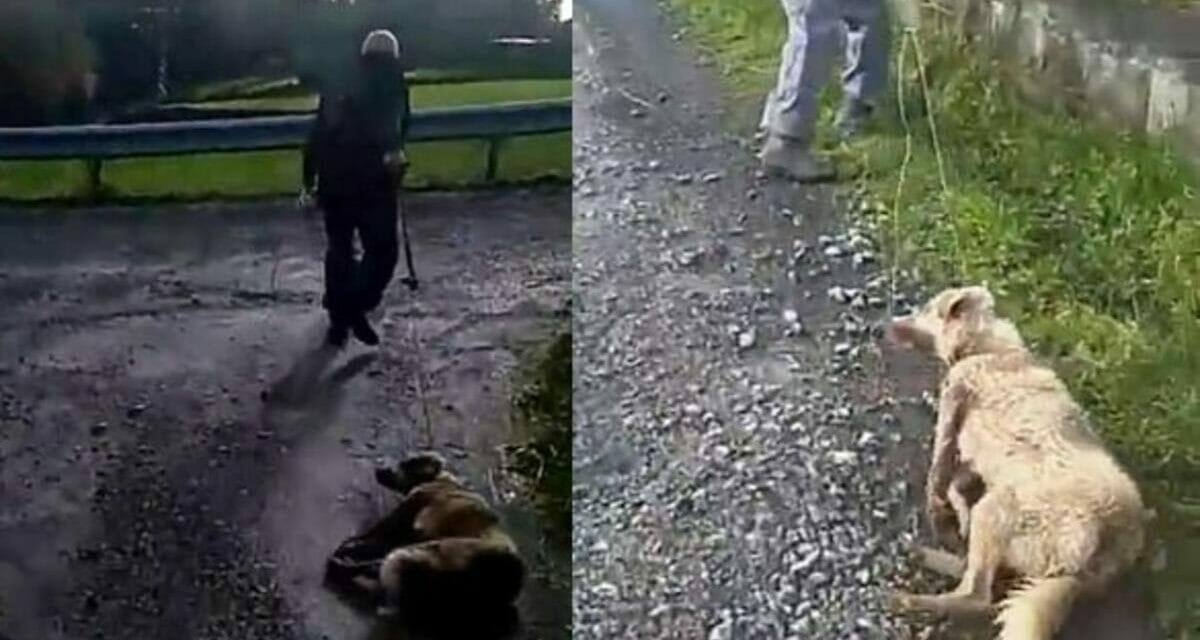 PETITION TARGET: Ambassador of Spain to the U.S. Santiago Cabanas

UPDATE (10/20/2021): The Spanish Civil Guard has identified the individual (whose name still has not been released) and opened an investigation into Alma’s death, according to The Teller Report. We will continue to follow this case.

A mother dog named Alma died tragically from being shot, beaten, and dragged shortly after giving birth, as a suspected punishment for having puppies, in the Spanish town of Chantada.

Motorists heard a gunshot and pulled over to investigate. They witnessed a heartbreaking scene when they spotted Alma, who was bleeding and in obvious distress as her guardian dragged her through a tunnel with a rope.

Alma was seriously wounded and sustained head injuries and two broken legs. Veterinarians tried everything they could to save her, but she died a few days after the attack.

A quick-thinking witness captured the disturbing encounter on camera and confronted Alma’s guardian, who allegedly stated that he’s a hunter and can shoot who he wants, DailyMail reported. He abandoned Alma at the scene.

Alma’s six puppies, who were just days old, were thankfully rescued and will probably survive, but her attacker remains free and poses a continued threat to animals. The man who so heartlessly shot and disposed of this innocent dog must be held accountable for their actions.

Sign this petition urging the Spanish ambassador to push local authorities to prosecute the suspect to the fullest extent of the law, and let the government know the world is watching and will not stand by silently as animal killers get away with their crimes.