SIGN: Justice for Mother and Puppies Tied Up and Suffocated in Plastic Bag 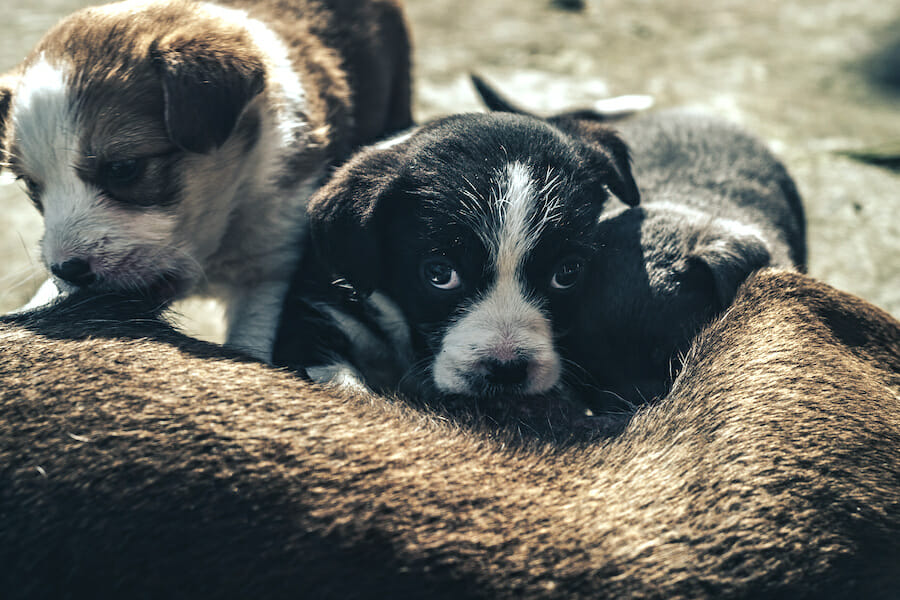 UPDATE (12/18/2021): The Las Vegas Metropolitan Police Department told Lady Freethinker that this case has been closed after a necropsy found no evidence of animal abuse.

“According to the necropsy, the puppies died during birth and no animal abuse was suspected,” the department said.

We are so glad that these innocent animals were not intentionally harmed. Thank you to the more than 35,100 people who pushed for a thorough investigation and to the Las Vegas Metropolitan police for following up.  —Lady Freethinker Staff

Stuffed inside a plastic bag and discarded like trash at the Desert Breeze Park in Las Vegas, a mother and her puppies sadly lost their lives.

Guided by an overwhelming odor, a local park visitor, asked to be called “Joe” due to fear of violent retaliation from the perpetrator(s), discovered the bag of decomposing remains surrounded by blood, where police believe the dead dogs sat for several days.

“There was a mother dog and a few puppies in there that someone had tied up,” Joe told KTNV, “and looks like they may have suffocated them.”

There is no excuse for murdering an innocent dog and her babies. These precious animals deserve justice, and the perpetrator(s) must be found and charged, as other animals could be harmed.

Sign this petition urging the Las Vegas Police Department to put all available resources into seeking justice for this mother and her puppies, showing that animal cruelty will not be tolerated in their city.