SIGN: Justice for Monkey Trapped in Cage and Set on Fire in Sickening Video 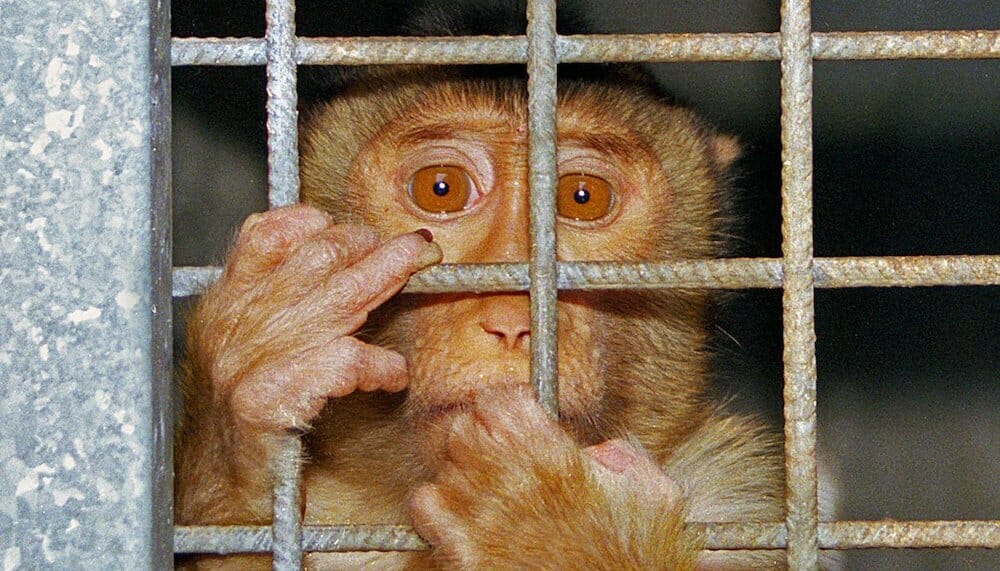 Locked inside a cage and doused with a flammable substance, a defenseless baby monkey spent his final moments surrounded by people cheering to set him on fire. Two men in St. Joseph, Barbados sparked a flame, and the innocent creature writhed in pain, flailing around as he burned alive.

This heinous event was captured on video and uploaded to social media.

The Royal Barbados Police Force charged Matthew Omar Downes and Rico Jamar Maynard with cruelly abusing, torturing and causing unnecessary suffering to an animal under the Prevention of Cruelty to Animals Act. They also charged Maynard with obtaining an animal for the purpose of abuse.

The perpetrators of this horrific animal torture must be held accountable for their vicious actions to ensure other animals don’t suffer similar deadly fates.

Sign this petition urging Attorney-General of Barbados Dale Marshall to prosecute these two men to the fullest extent of the law, showing that animal abuse will not be tolerated.