SIGN: Justice for Monkey Hanged from Tree in Viral Video 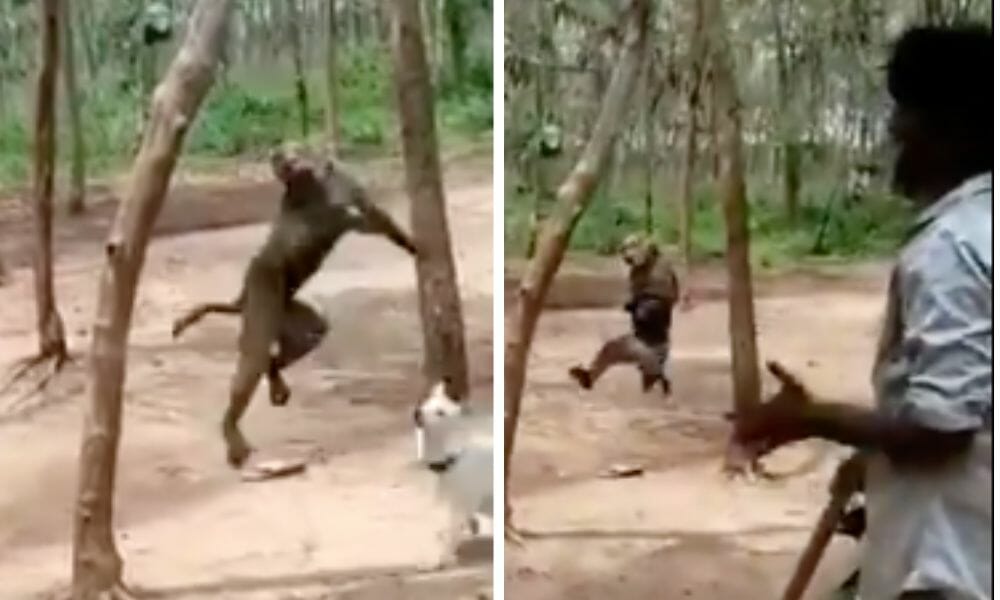 Terrified and flailing for help, a monkey hanged by a rope from a tree slowly died as a group of people filmed, a now-viral video shows.

The defenseless monkey lost his life after wandering into a village in search of water, where several residents allegedly beat him and hanged him from his neck as dogs snapped at him from below, according to IB Times. Desperately trying to free himself, he helplessly dangled from the tree until he took his final breath.

In a gruesome “grand finale,” the residents fed the monkey’s remains to the canines, according to the Times of India.

Officers from India’s Environmental Ministry identified and arrested three suspects. One has reportedly confessed to the crime.

This innocent monkey deserves justice. Sign this petition urging authorities to prosecute the perpetrators in this horrifying case to the fullest extend of the law, showing that such animal cruelty will not be tolerated.