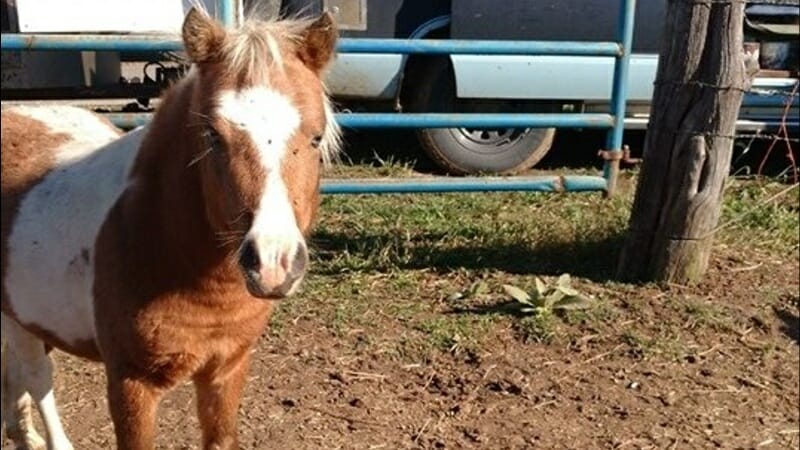 UPDATE (5/16/2022): No one was ever connected to this case, according to City Administrator Jake Taylor. Former Police Chief Groom advised the Missouri Highway Patrol DDCC Rural Crimes Investigator who believed the mutilation was caused by scavenging, possibly coyotes. The horse owner had at one time exchanged words with an adjoining property owner; however, no evidence was ever discovered to implicate the neighbor and no other leads developed, Taylor said. We thank everyone who signed our petition demanding a thorough investigation for this innocent animal. — Lady Freethinker Staff

The perpetrator shot the much-loved four-year-old horse through the neck before chopping off his genitals, hacking off one of his ears and gouging out an eye. This beautiful horse had also been skinned from his belly up with surgical precision, reported KQ2.com.

Quigley’s guardians discovered his butchered body in his field when he didn’t come to the gate for his morning feed. They had cared for him since he was only a few months old and considered the 30-inch horse to be a treasured part of the family.

The Bethany Police Department is currently investigating, but has not yet reported any developments or arrests, according to the Kansas City Star.

Sign this petition calling for justice for Quigley and to urge Bethany Mayor Jonne Slemons to ensure all possible resources are used to investigate this heinous crime and prevent the attacker from torturing and slaughtering any more animals.

Bethany Police are asking anyone with information about this crime to call 660-425-3199.