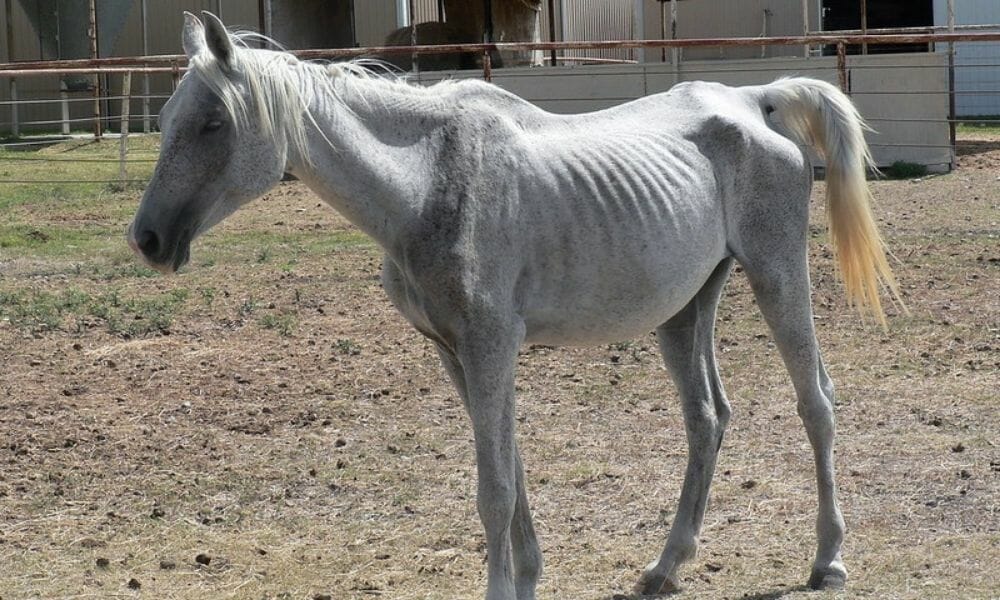 An innocent malnourished horse had her throat brutally slashed by her own “guardian” to prevent sheriff’s deputies from seizing her during an attempted rescue, the Reno Gazette-Journal reported.

Forrest John Smith allegedly fatally stabbed and slashed the starved horse after Animal Control summoned the Washoe County Sheriff’s Office to remove the ailing animal from the property, according to deputies.

Smith had a history of ongoing problems with the authorities, who charged him with willfully maiming, torturing, or killing an animal.

This innocent horse must have justice.

Sign this petition urging Washoe County District Attorney Christopher J. Hicks to prosecute the perpetrator to the fullest extent of the law, including a lifelong ban on having animals.