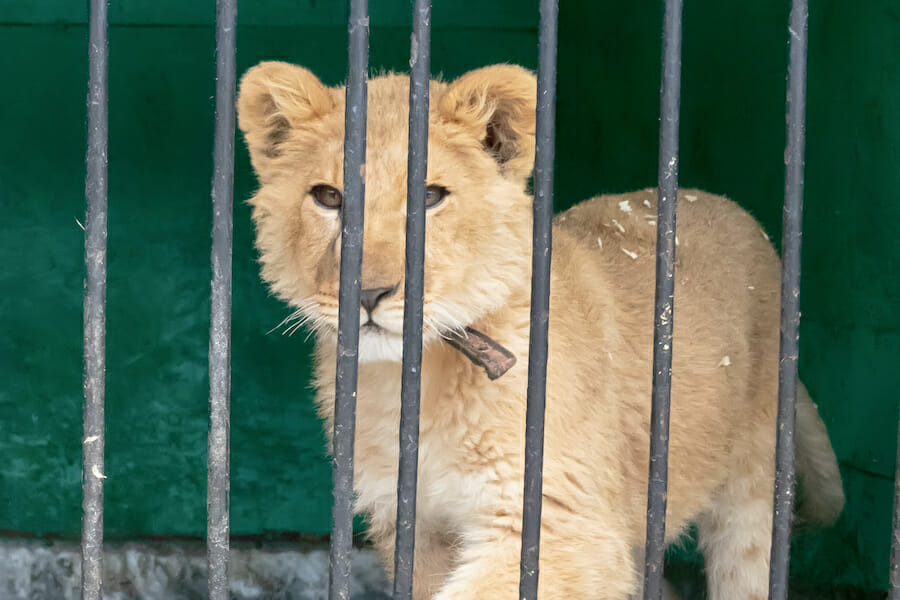 Trafficked lion and tiger cubs are typically bred in captivity, where they’re ripped away from their mothers at birth and beaten or whipped for displaying natural behaviors, according to Big Cat Rescue.

When they’re too old to be used for petting and photo opportunities, they’re either killed or stuffed into small, barren-wire cages for the rest of their lives. The females are forced to give birth to the next generation of victims.

Lions, tigers, and all big cats deserve to be safe from illegal trafficking. Sign this petition urging Virginia Attorney General Mark Herring to prosecute the perpetrators to the fullest extent of the law, including a life-long ban on ever having any kind of exotic animal again.