SIGN: Justice for Leopard Beaten to Death and Paraded Around Village 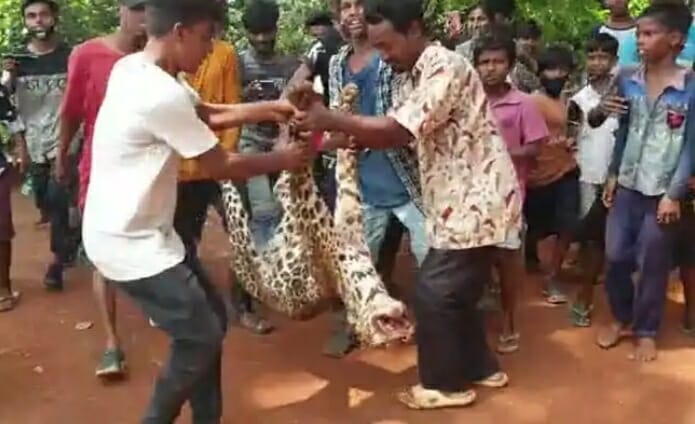 In a horrifying act of cruelty, a leopard, who clearly showed signs of starvation and weakness, had his teeth and nails ripped out after a group of attackers beat him to death so they could parade his corpse around like a trophy.

The hungry leopard wandered into a village near Guwahati, India, but quickly fled after almost being captured. Later, the helpless creature was chased down, cornered, and brutally killed, according to witness claims.

A disturbing viral video shows several people carrying the leopard’s lifeless body through the streets as others cheer triumphantly over his death. At one point, the group victoriously raises the animal’s corpse into the air, seemingly proud of their heinous act.

Officers from India’s Forest Department identified and arrested six suspects from the video, and the agency is looking for others who they believe were involved. It is imperative that justice is served for this beautiful animal.

Sign this petition urging Environment Minister Prakash Javadekar to push authorities to thoroughly investigate this appalling crime, use all available resources to find and charge any yet-unidentified participants, and prosecute all suspects to the fullest extent of the law.