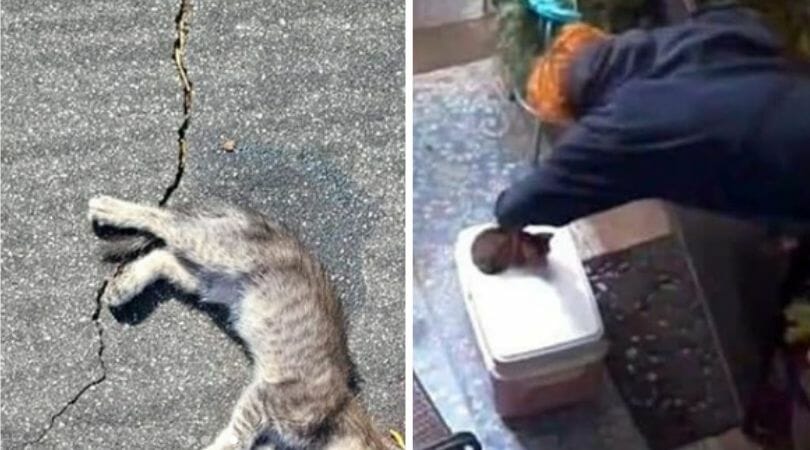 UPDATE (2/9/2022): A lieutenant with the Detective Bureau for the South Gate Police Department told Lady Freethinker that the woman arrested in connection with this crime is Malina Rose Rebino. “During her arrest, officers determined that she was having problems, therefore, she was cited out on the charges and taken to a hospital,” Lt. Manuel Arana told LFT by email.

The Los Angeles County District Attorney told LFT that “due to the lack of evidence in this incident, law enforcement never presented a case to our office.” In a follow-up call, Arana confirmed the officers have an active warrant out for Rebino’s arrest but haven’t been able to serve it because her whereabouts are unknown, and that they could only issue the warrant for alleged theft — not animal cruelty.

While we are disappointed that the animal cruelty charges have been dropped, we thank the 32,718 who signed our petition demanding accountability and we will continue to do all we can to advocate for animals.  —Lady Freethinker Staff

Assaulted on their own front porch and drenched with poisonous bug spray, a tiny kitten suffered in agonizing pain with a broken jaw before taking his final breath.

Disturbing home surveillance footage shows the young cat relaxing on a cooler when a woman picks him up and covers his mouth and fur with the toxic chemical. The kitten’s lifeless body, bearing evidence of his torturous final moments, was later found nearby.

The woman in the video approached another home the same night and asked to borrow a pair of pliers, according to ABC7.

After outraged local community members demanded justice for the tragically slain kitten, police tracked down and arrested a suspect, who had another kitten in her possession at the time.

Authorities must treat this case with the severity it deserves, as the suspect’s alarming behavior suggests other animals are at risk. Sign this petition urging Los Angeles County District Attorney Jackie Lacey to push for a comprehensive psychological evaluation and treatment, and to take all necessary measures to avoid another tragedy like this.