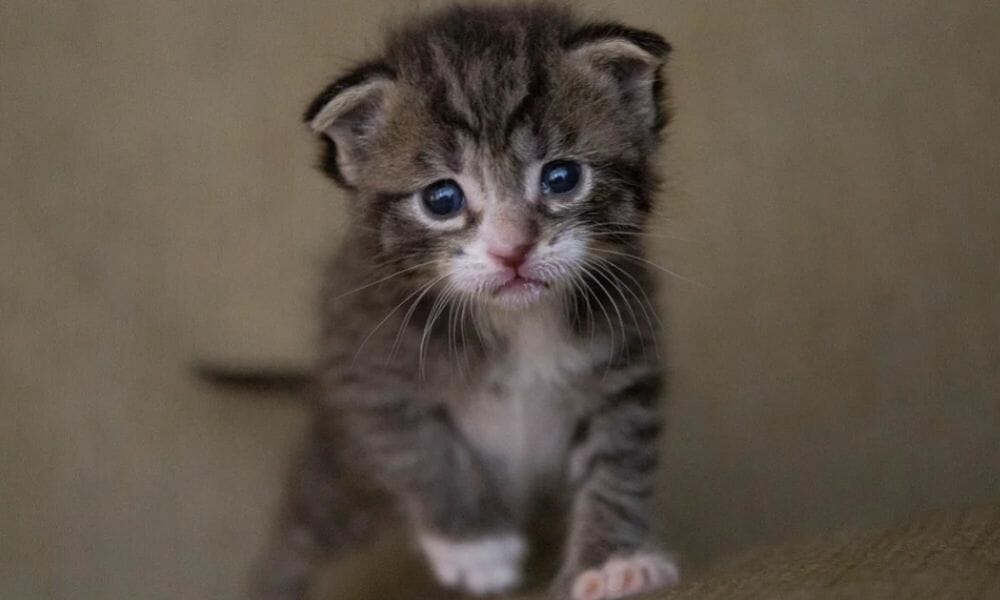 UPDATE (7/1/2021): The State of New Mexico has dismissed the case against former wildlife officer Joseph Weaver without prejudice — meaning that the case cannot come back before the court.

The charge of extreme cruelty to animals, a fourth degree felony, was dismissed by the prosecutor.

Brian Decker, a senior trial attorney, told Lady Freethinker that Weaver’s wife, who witnessed the decapitation, did not come to the preliminary hearing or otherwise participate. Prosecutors needed her testimony to pursue the case, he said.

Decker added that the prosecutor asked for an order to show cause about why Weaver’s wife was not at the hearing, but a judge denied that motion.

In the meantime, we thank the more than 41,300 people who signed our petition demanding justice for this kitten. We will continue to fight for justice for animals everywhere. —Lady Freethinker Staff

A defenseless 9-week-old kitten allegedly had her head severed from her body by an off-duty wildlife officer, according to Farmington Daily Times.

The suspect allegedly used a pocket knife to perform the disturbing task and left the cat’s decapitated remains floating around in a water-filled bathroom sink inside his Bloomfield, N.M. home.

The suspect then called his wife into the room, where she found her husband with the pocket knife in his hand, standing near the kitten’s detached head and body, the Farmington Daily Times reported.

Police called by the distraught family saw blood smeared on the walls, discovered the animal’s brutalized corpse wrapped in a towel, and seized the blood-stained pocket knife.

The suspect has been charged with extreme animal cruelty, a fourth-degree felony. He remains free while awaiting an upcoming preliminary hearing.

Sign this petition urging San Juan County District Attorney Rick Tedrow to prosecute the perpetrator to the fullest extent of the law, including a lifelong ban on having animals.