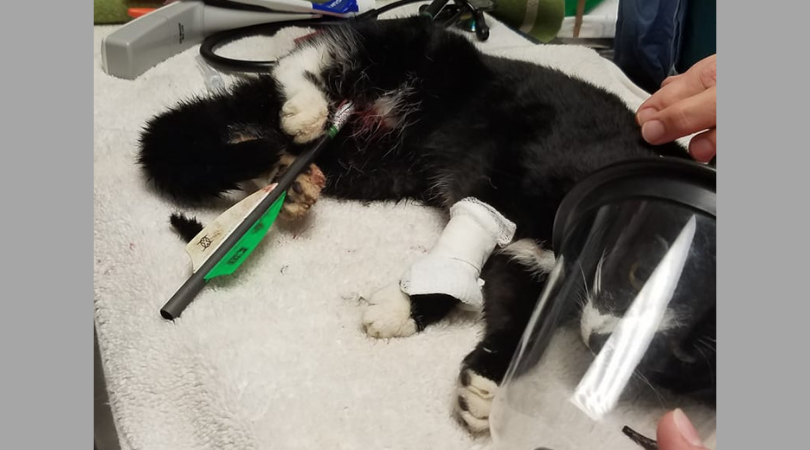 In a shocking act of cruelty, someone shot an arrow through a 10-month old kitten named Wolfie in Laconia, New Hampshire, in April.

The thick arrow pierced Wolfie’s back leg, shattering her tibia and fibula, and only narrowing missing her femur and femoral artery, according to an update on her guardian Liz Carmignani’s GoFundMe page.

Carmignani found the injured kitten outside her house, terrified and in pain. After the traumatized cat went into shock and lost consciousness, she rushed her to the vet to get the arrow removed.

Initially, vets thought they would need to amputate the mangled limb, but they were fortunately able to repair it using metal rods. However, Wolfie’s recovery will be lengthy, and she will need further surgery to remove the rods.

We need to act now to bring Wolfie’s attacker to justice before they can hurt or even kill any more animals like her.

Sign the petition urging the Laconia Police Department to use all possible resources to find the person responsible for this horrific abuse.

Anyone with information about the attack should call the Laconia Police Department crime line on 524-1717.