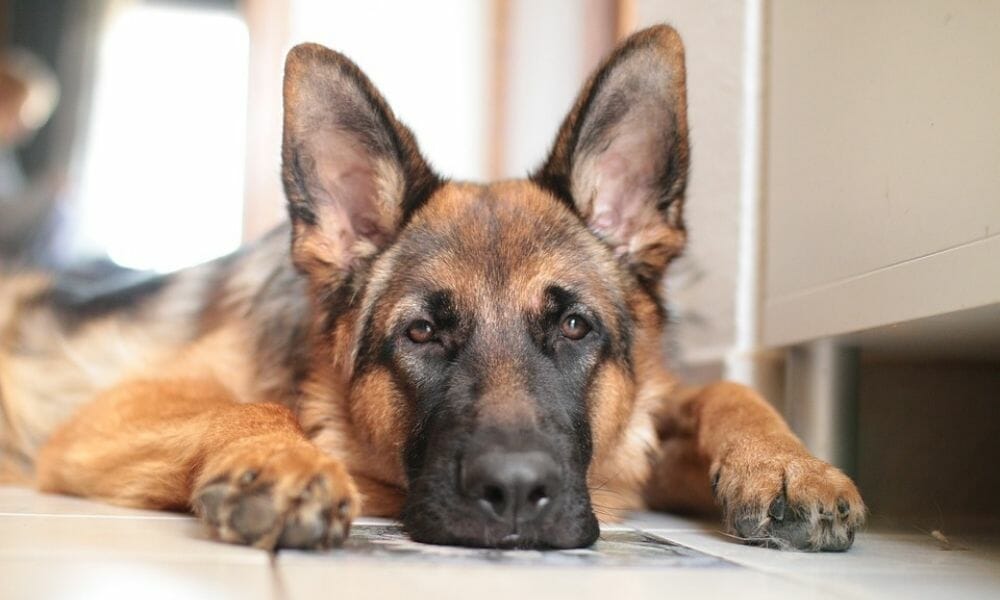 UPDATE (3/11/2021): The Gardaí in Burnfoot were not able to find the dog’s previous owners during their investigation, which included a media campaign to garner leads. A spokesperson said that the ISPCA member who attended the scene did not see any evidence that the dog had been mistreated in any way and he believes it to have been in reasonably good body condition. “I hope that this fact might be of some comfort to you and your fellow petition signees,” the spokesperson said, who added that at the moment the investigation cannot be progressed any further unless further evidence comes to light. “Gardaí at Burnfoot will welcome any further information that members of the public could provide, and you can be assured that any information will be followed up on, in conjunction with the ISPCA,” the spokesperson said.

A female German Shepherd’s body lay lifeless, wrapped in a shower curtain, and dumped like trash in a ditch, until a passerby reported the disturbing scene to the Irish Society for the Prevention of Cruelty to Animals (ISPCA).

The dog had not been microchipped, a legal requirement in Ireland, and authorities have yet to identify the dog or her guardian(s), according to the Irish Post.

An investigation into the dog’s suspicious death and the irresponsible disposal of her corpse is currently underway.

Whoever is responsible for this alarming atrocity must answer for their actions. Sign this petition urging the Burnfoot Gardai to use all available resources to aid the ISPCA in its efforts to thoroughly investigate this dog’s death, and to follow up with charges of anyone suspected of animal cruelty.

This is an ongoing investigation. Anyone with information is urged to contact the ISPCA National Animal Cruelty Helpline at  1890 515 515, online, or via email at [email protected].