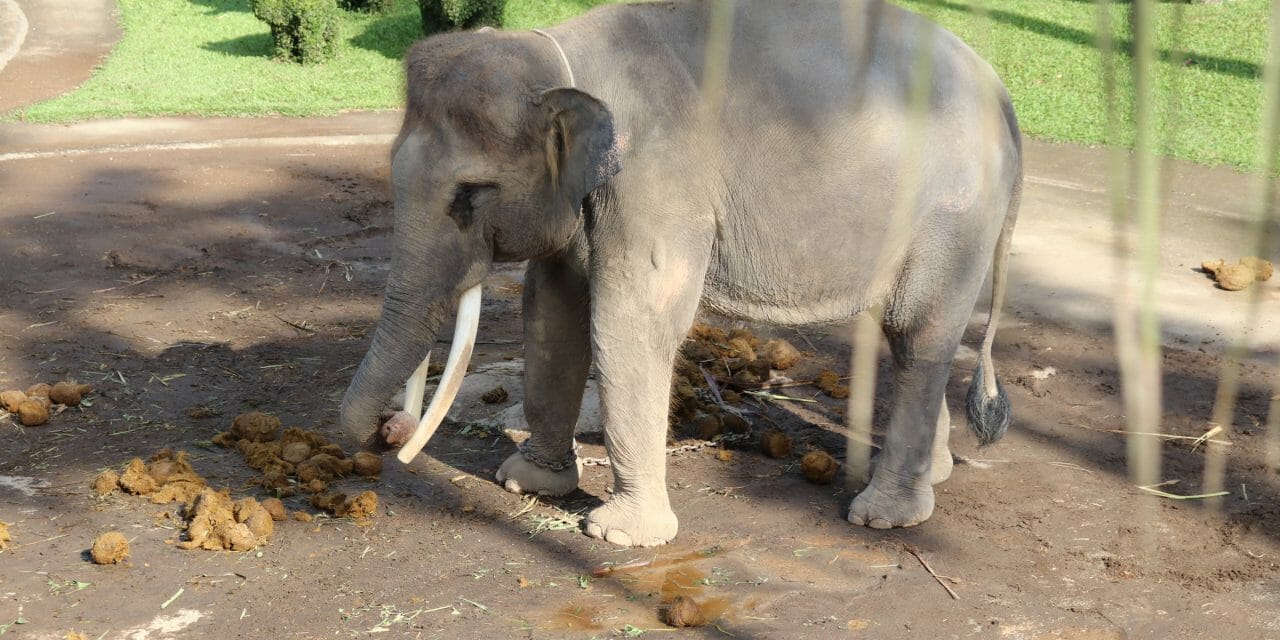 UPDATE (1/12/2022): Animals allegedly are starving  and Mason Elephant Park is reportedly on the verge of closing, given a cited lack of tourism to Bali during the COVID-19 pandemic, according to The Daily Mail. It’s more important than ever that these animals be relocated to sanctuaries that can provide them proper care. We’ll keep watching this case. —Lady Freethinker Staff

When released from their prison-like tethers, these majestic creatures were prodded with bullhooks and forced to give tourists rides or endure abusive washing tactics. LFT documented workers pushing elephants’ heads underwater and using pressurized water guns on baby elephants.

Some elephants also showed psychological distress known as zoochosis — behaviors such as pacing, swaying, or rocking, which indicate a lack of exercise and elephant-to-elephant interaction.

Mason Elephant Park and Lodge is exploiting animals and profiting off of abuse. Elephants are forced to interact with guests, even when clearly uncomfortable and overwhelmed. These majestic animals are highly social and emotional creatures, and they deserve to roam openly, unimpeded by chains.

The park has reopened following the coronavirus shutdown and reviews on Google and TripAdvisor show that elephant rides, feedings, and washings are still going on. Urge them to end elephant rides and ALL human-elephant contact, and instead provide a safe space where people can watch elephants without harm.