Mason Elephant park is more like prison than paradise

Urge Mason to stop elephant rides when they reopen!

Mason Elephant Park and Lodge in Bali, Indonesia is cruel to elephants, a Lady Freethinker (LFT) investigation reveals. After visiting the park in December 2019 and February 2020 — just before the coronavirus shutdown — LFT’s investigator documented abuses such as:

Heartbreaking TripAdvisor reviews confirm the abuse of these majestic creatures:

“It was so disheartening seeing all the elephants chained up around the ‘sanctuary’ … Please treat these beautiful animals better!” (itshelenl, January 2020)

“Bullhooks are being used. Some elephants show distress and zoochosis. Not a place of welfare, just a business that exploits its animals to make money.” (John_smith_poca, January 2020)

“I saw a poor little elephant struggle as [she] got tangled up in [a chain] while nobody helped to get her out until eventually [she] untangled herself … I saw employees with brown wooden small bats on them … riding [elephants], [forcing them to go] in the water, etc. is just as bad as a circus.” (Alex K, August 2019)

Shockingly, Mason’s advertising materials claim that forcing elephants to give rides is actually “very beneficial for an elephant’s overall health and wellbeing.” But the overwhelming evidence says otherwise.

Human lives are at risk too. Elephants can spread tuberculosis, salmonella, and even anthrax. As the recent coronavirus pandemic has shown us, cruel animal captivity can have disastrous effects on our health. A selfie isn’t worth animal suffering and spreading diseases.

As the world begins to reopen in the pandemic, it’s crucial that we create a more compassionate place for both people and animals. Sign the petition urging Mason Elephant Park and Lodge to shut down all elephant rides and human-elephant contact and serve as a safe space where people can watch elephants explore with the freedom they deserve. 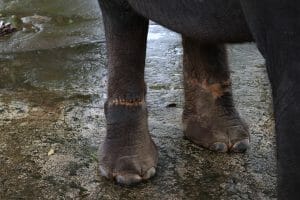 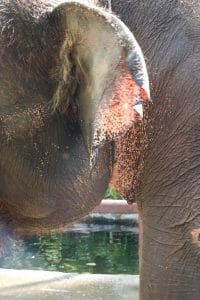 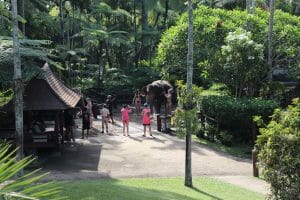 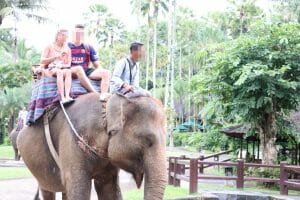 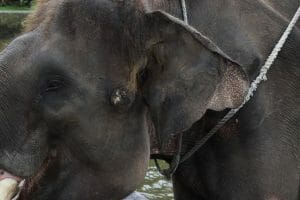 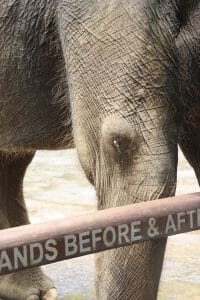