SIGN: Justice for Elephant Brutally Set On Fire Just for Wandering Onto Property 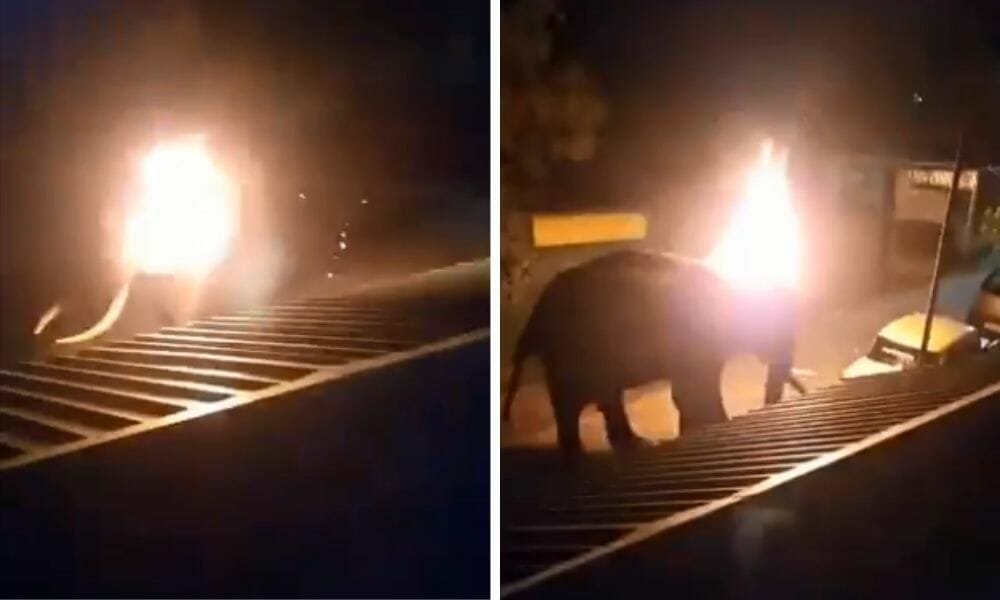 In a heartbreaking video, a panicked elephant suffers severe burns on her head, cries out in pain, and quickly flees to the forest after a resort employee reportedly hurled a flaming object at her face for wandering into a residential area in Tamil Nadu, India, according to India Times.

“Go into the forest and die,” people shouted at the dying elephant, The Hindu reported.

Forest rangers desperately attempted to save the injured elephant’s life, but she tragically died on her way to treatment from a back wound that infected her lungs with pus.

One forest ranger tearfully bids farewell to the majestic creature — who was dumped into an oversized trash container — lightly grabbing her lifeless trunk and touching it to his forehead.

Authorities arrested three suspects under the country’s Wildlife Protection Act. If convicted, they could each face a seven-year prison sentence.

Anyone involved in this horrific incident must answer for burning an innocent elephant to death.

Sign this petition urging Environment Minister Prakash Javadekar to push authorities to use all available resources to find and charge all suspects in this appalling crime and prosecute all perpetrators to the fullest extent of the law.