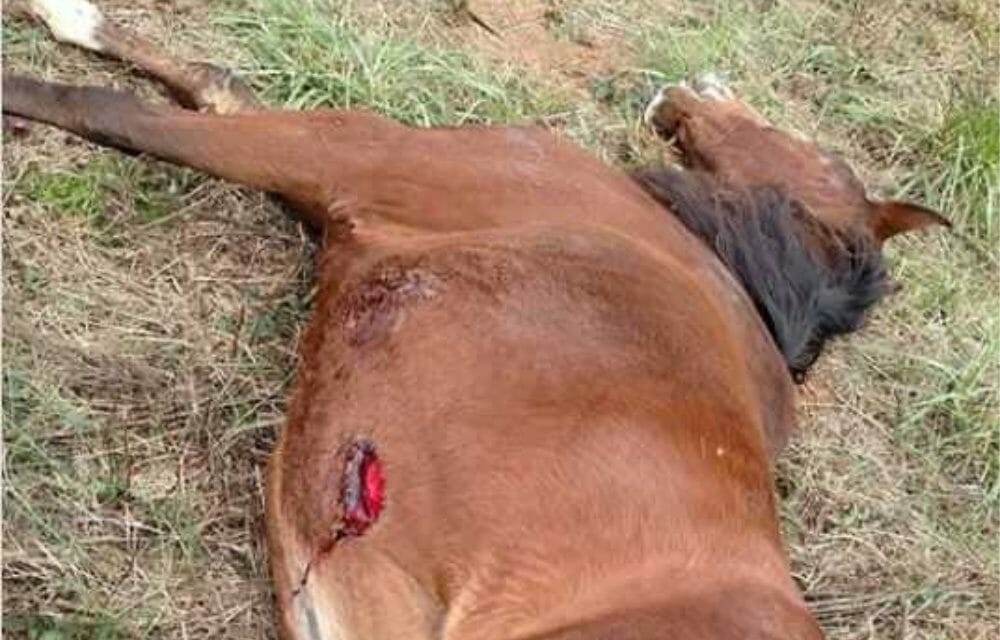 In a spate of sickening incidents, several horses have been brutally attacked, left injured with severe lacerations, or even killed.

The vile assaults have taken place in North and South Carolina, with some horses being stabbed in their pastures, others being so terrified that they’ve smashed into the fences of their paddocks, and some let out and left to wander on traffic-heavy roads. One poor horse, Deni, was crashed into by two cars and was euthanized after someone opened the gate to his pasture. Police must catch the attacker before more innocent horses are stabbed.

“Authorities confirm that several random horses appear to have been stabbed over a week’s time,” says a Facebook post by horse welfare organization Fleet of Angels. “Horse owners in the area are encouraged to be vigilant about keeping horses within sight and protected until the ‘stabber’ has been caught.” It added that one horse had been stabbed and killed in Tryon and that others had been “stabbed, attacked, or frightened to the point of injuring themselves” in South Carolina.

We must speak out to urge law enforcement to put all its efforts into finding and stopping the perpetrator(s) of this senseless violence before more horses are hurt or killed.

Sign this petition to urge State Law Enforcement Division Chief Mark Keel to find and stop the dangerous horse slasher(s) so that they never hurt another animal again.

Anyone with information should contact Spartanburg County Animal Control on 864-467-3950. Suspicious behaviour can also be reported to the Polk County Sheriff’s Office on 828-894-0187. 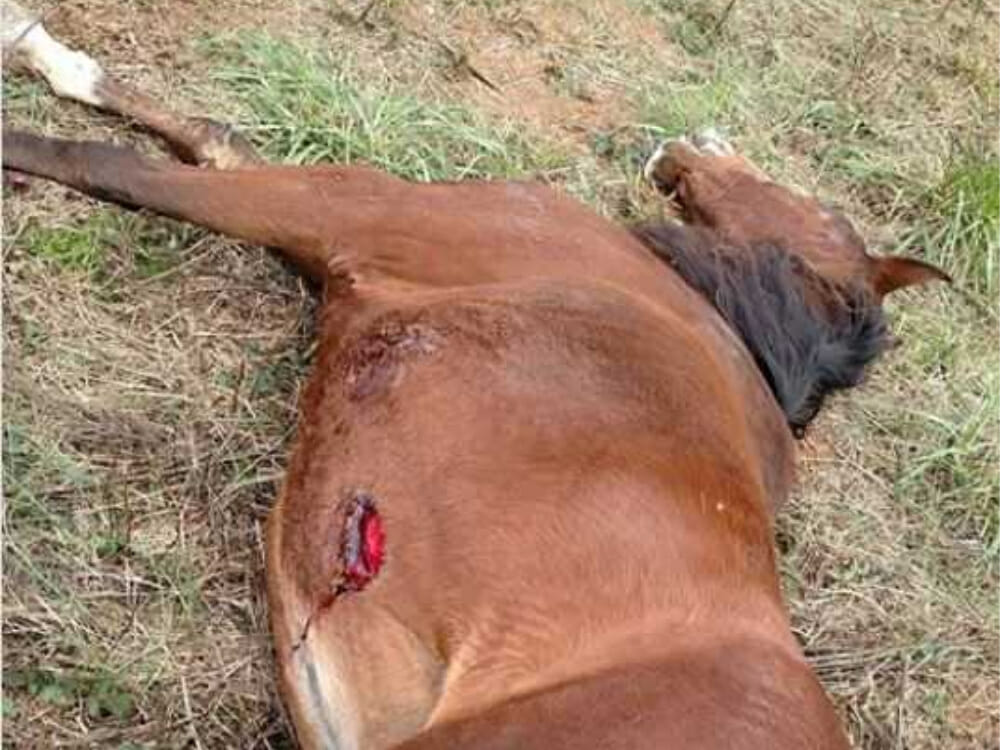