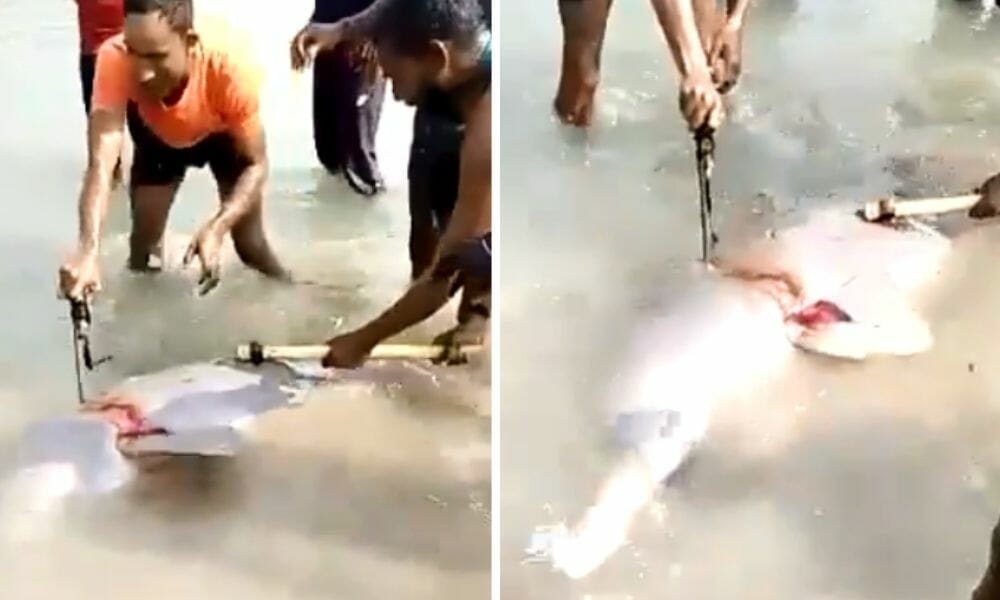 India’s Ganges River turned red with blood as a group of attackers beat a critically endangered and protected Gangetic dolphin to death with wooden rods and an axe.

Disturbing video footage captured by a witness shows one of the men yelling, “Hit it now, hit it now” and the attackers then holding the dolphin’s head underwater until he drowned. A local official later found the dolphin floating dead, with multiple lacerations and other wounds to its body, The Guardian reported.

The highly threatened Gangetic dolphin population is now an estimated 1,800 or less, and they are moving alarmingly closer to extinction.

Police in Uttar Pradesh arrested three suspects in connection with this horrifying act of cruelty. Several others who may have been involved in the senseless killing are reportedly still free.

Anyone who assisted in bludgeoning and suffocating this defenseless dolphin must answer for their actions.

Sign this petition urging Environment Minister Prakash Javadekar to push authorities to thoroughly investigate this appalling crime, use all available resources to find and charge any yet-unidentified suspects, and prosecute all perpetrators to the fullest extent of the law.