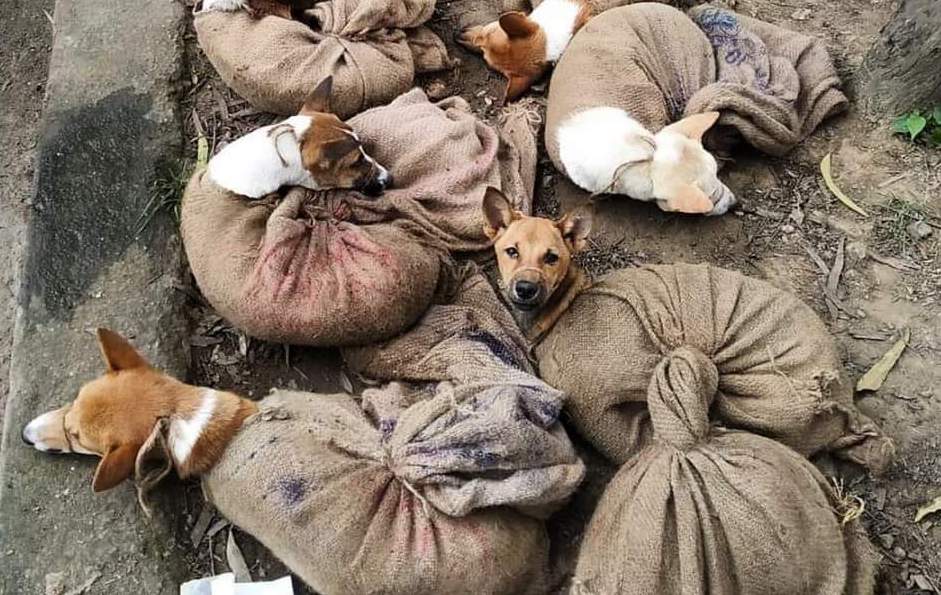 Innocent dogs are suffering excruciating conditions in India’s brutal dog meat industry, where the helpless animals are tied up, stuffed into sacks and transported — often across state lines — sold off, and eventually beaten to death.

While it is illegal to kill dogs for consumption in India, the laws are not well enforced, and tens of thousands of dogs die each year in the this cruel and dangerous trade.

Change is starting to happen. The state of Mizoram, notorious for dog smuggling, removed dogs from the list of acceptable livestock to slaughter in March 2020; and Nagaland, another dog slaughter hotspot, banned dog meat sales in July, 2020 after a shocking image went viral on Twitter.

These are important steps, but it is now crucial that the laws are enforced, and officials take effective and swift action to shut down the horrific dog meat trade for good.

Sign this petition urging India’s officials to enforce existing laws as well as push for an explicit ban on importing, trading, and selling all dog and cat meat throughout the country.