SIGN: Justice for Dogs and Cats Poisoned and Butchered for Meat in Vietnam 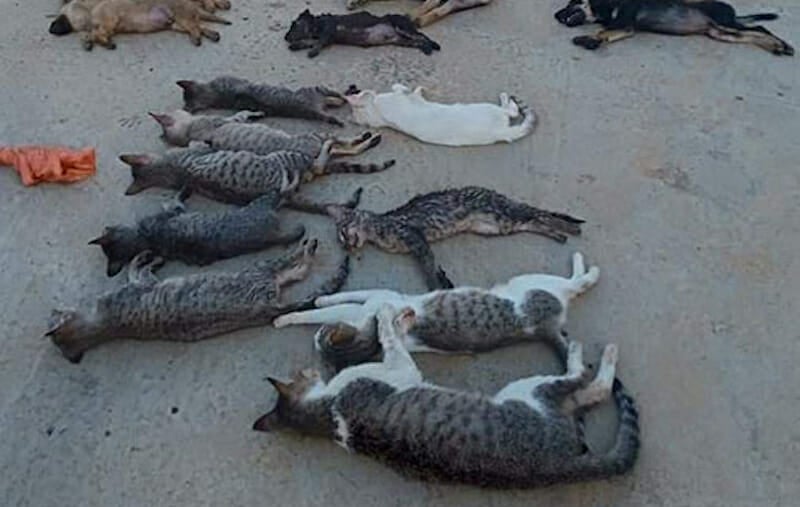 Convulsing and foaming from the mouth, dozens of beloved family dogs and cats suffered tragic, agonizing deaths after eating cyanide-laced fish in Thanh Hoa province, Vietnam, according to Daily Mail.

Families awoke to find their pets’ lifeless bodies scattered throughout the streets as a couple collected the carcasses in plastic bags to allegedly be sold in Vietnam’s barbaric dog and cat meat trade.

Police detained Nguyen Van Phuong and Hoang Thi Phuong, who admitted to poisoning 30 family pets during a days-long animal killing spree, according to VN Express. The couple has been charged with property theft.

Subsequent searches allegedly revealed that the pair ran an organized operation, stealing and killing hundreds of pets. They stored the corpses at a property disguised as a restaurant, where employees butchered and froze the animals. From there, they shipped the dog and cat meat to other restaurants.

Tragically, there are no explicit laws against killing, selling, or consuming dog and cat meat in Vietnam. This must change.

Sign this petition urging Thanh Hoa prosecutors and Vietnamese Ambassador Ha Kim Ngoc to seek justice for these brutally slaughtered dogs and cats by pushing for a thorough prosecution of the suspect(s) for their alleged crimes, as well as a ban on killing, selling and consuming dog and cat meat in Vietnam.