SIGN: Justice for Dogs and Bunnies Starved to Death in Feces-Ridden Cages 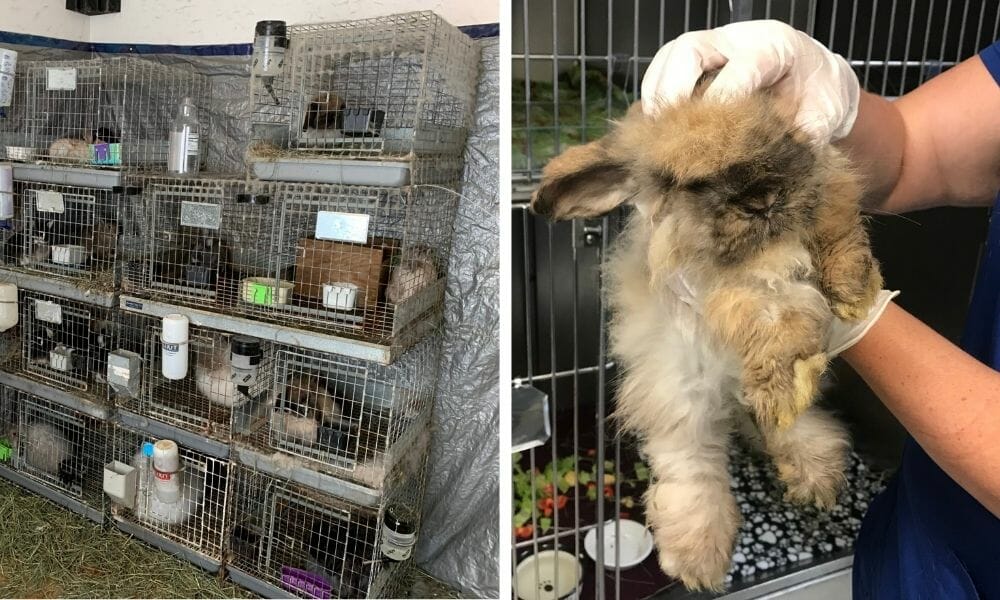 Update (4/4/2022): Suspect Matthew Hazelbrook pleaded guilty to a count of second degree animal cruelty, according to court records. We will continue to follow this case. —Lady Freethinker Staff.

Authorities found nearly 100 skeletons at different states of decay in the cages, backyard, and next door property of a West Seattle, Wash. home, including the remains of at least two large dogs, according to Westside Seattle.

Hundreds of animals — including dogs, rabbits, guinea pigs, chickens, mice, and chinchillas — languished in their own feces, riddled with parasites and without adequate food or medical care, according to Seattle Times.

“This is the worst case of animal neglect and cruelty I’ve seen in more than 20 years of doing this work, and it’s quite possibly the worst case our shelter has ever handled,” Seattle Animal Shelter Director Ann Graves said in a statement. “The number of cases is not only alarming. It’s the severe nature of the cases that also causes concern.”

Police charged Matthew Hazelbrook with 17 counts of animal cruelty. The allegations claim that he “poses a risk for acquiring and neglecting more animals as he runs a transport business across state lines.”

Sign this petition urging the King County Prosecuting Attorney to prosecute this case to the fullest extent of the law and with the severity it deserves, including a lifetime ban on the perpetrator having animals in his care.