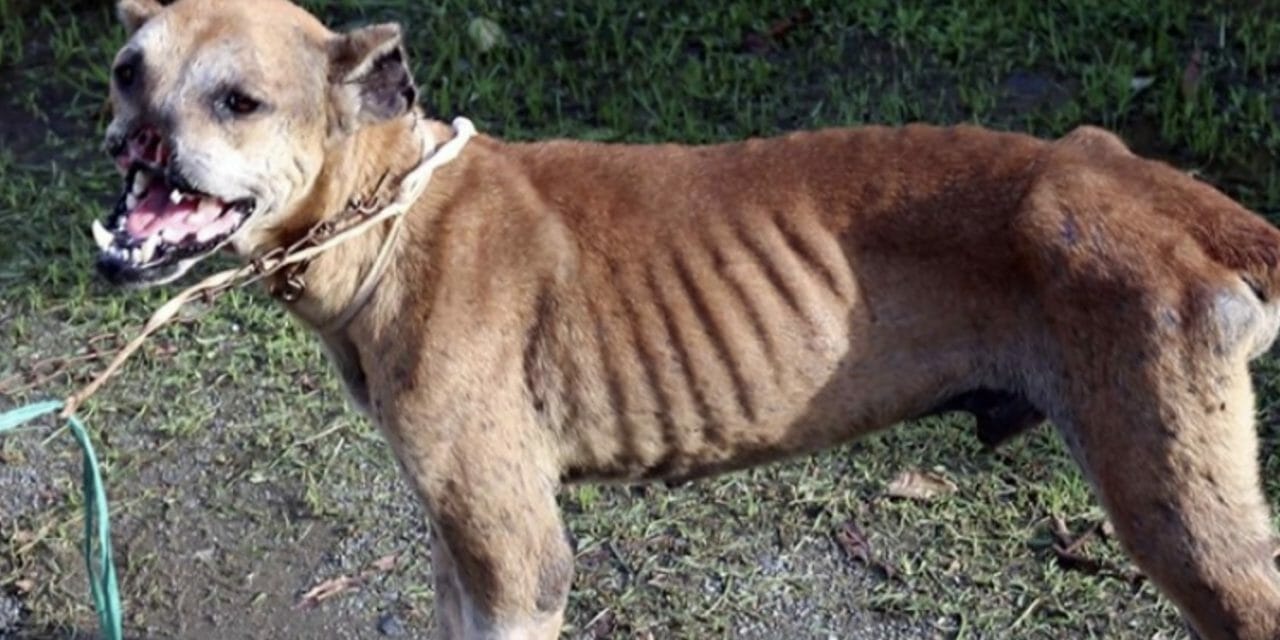 An innocent dog named Jordan suffered injuries so severe that he had to be euthanized after eight painstaking days of fighting for his life with the help of local rescuers. The entire top half of his snout was ripped off in an assault by an unknown assailant, and he endured severe mutilations to his ears and tail — a barbaric practice that pig-hunting dogs typically suffer at the hands of hunters.

Despite being rescued in Sabeto, Fiji, by The Greater Good Foundation, the abused puppy heartbreakingly couldn’t survive.

Stealing pet dogs and using them for pig hunting happens frequently in Fiji, according to animal welfare officer Maleeka Buksh.

“It’s an escaped dog from a village, an ex-pig hunting dog,” she explained. “This is not the first time we’ve received calls of dogs escaping villages and it is quite sad to note that dogs, despite being a huge helping hand to humans, continue to be treated like this.”

We must speak out to ensure that the perpetrator of this vicious assault, which led to the death of an innocent pup, is never allowed to harm another animal. Sign this petition urging the Fiji Police Commissioner Brigadier General Sitiveni Qiliho to fully investigate this vile crime and charge the culprit to the fullest extent of the law.