SIGN: Justice for Dog Tied to Motorbike and Dragged Down The Road 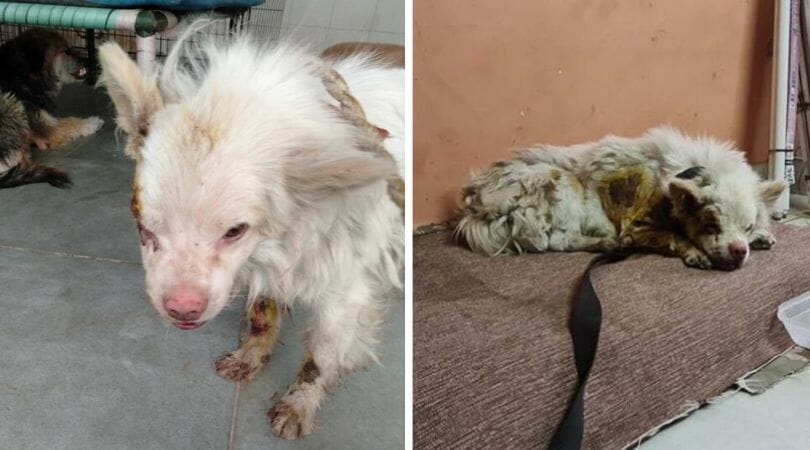 In a sickening act of animal abuse, a defenseless dog named Spike had a long rope tightly tied around his neck and was dragged down the road behind a motorbike, which caused severe injuries and the need for ongoing medical care.

Brave onlookers drew attention to Spike, and the man driving the two-wheeler cut the rope and fled the scene. The terrified dog was immediately rushed to the Sanjay Gandhi Animal Care Center for lifesaving treatment.

The horrifying crime appeared on Twitter, prompting international demands for justice for Spike, who has been renamed Bravo. The perpetrator has yet to be found.

Whoever caused Spike such agonizing pain must be found before they harm any more animals.

Sign this petition urging Delhi Police Commissioner S.N. Shrivastava to use all available resources to identify and charge the suspect nearly cost an innocent dog his life.