SIGN: Justice for Dog Tied to Rock and Dumped in River to Drown 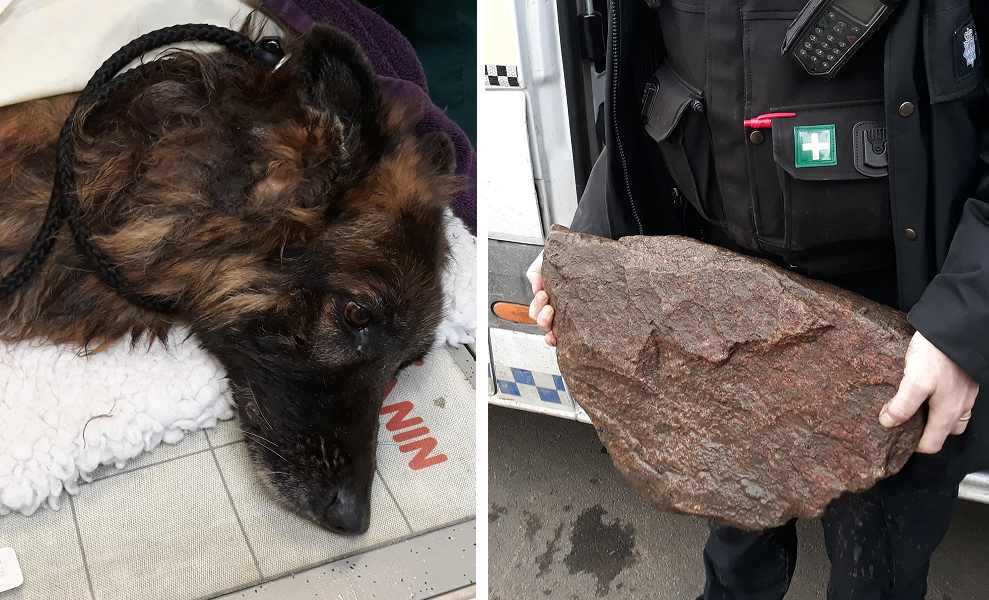 Bella, a Belgian shepherd, struggled for her life after someone attached her to a large rock and mercilessly dumped her into a river to drown.

Unable to escape, poor Bella was found in the water with her leash tied to a carrier bag containing the rock, according to Nottinghamshire Police,

“It looked like a dead dog,” Harper said. “She was absolutely frozen – we all thought she would die. It was very emotional.”

Police report that a 31-year old woman and 32-year old man have been arrested on suspicion of animal cruelty.

Meanwhile, Bella is still fighting for her life at a local veterinary hospital.

We must seek justice for Bella and ensure the perpetrator is never given the opportunity to commit such a sickening act of cruelty again.

Sign this petition to urge Chief Crown Prosecutor Janine Smith to pursue this case to the fullest extent of the law.

While suspects have been arrested, this is an ongoing investigation and officers are requesting information from any witnesses. You can get in touch with the Nottinghamshire police by dialing 101 and quoting incident number 103 of 6 January.