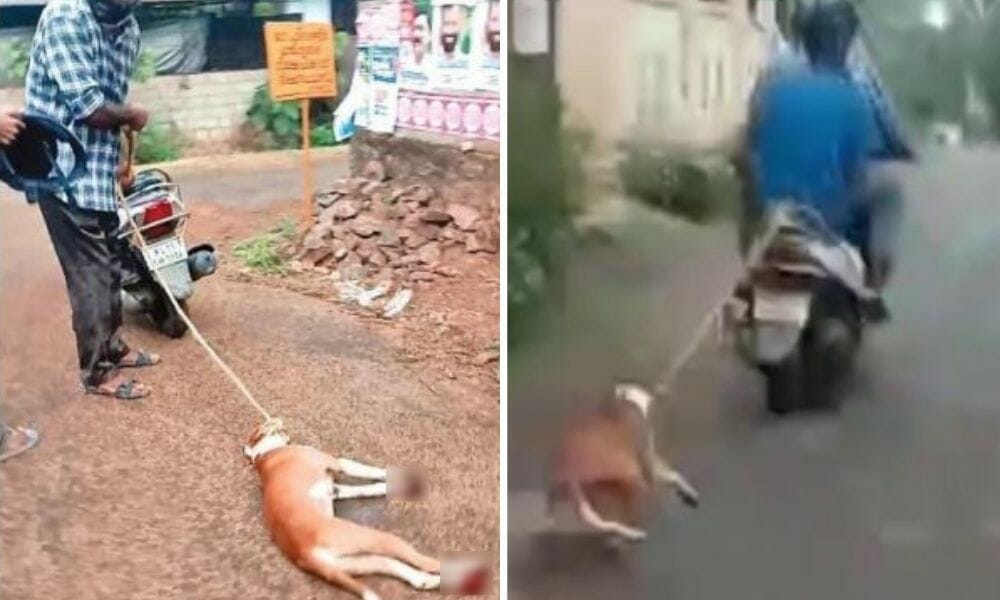 A defenseless dog scraped against the ground as his guardian cruelly dragged him by a rope tied to his moving motorbike in Malappuram, India, allegedly as a punishment for chewing on shoes and other unwanted behavior, according to the News Minute.

Although he tried desperately to keep up with the motorbike, the helpless dog eventually fell and his body repeatedly bounced off the hard ground as he was dragged along.

Horrified bystanders reportedly yelled at the man, who ignored their shouts. One concerned onlooker eventually chased the suspect down while recording the brutal act. Activists rescued the injured and exhausted dog and rushed him to emergency care.

Police arrested Wilson Xavier, 53, after eyewitness footage of the shocking cruelty went viral. Xavier argued that the dog allegedly was standing on the back of his scooter, but the video clearly tells a different story.

Sign this petition urging Indian Ambassador to the United States Taranjit Singh Sandhu to push for a thorough prosecution of the perpetrator, showing that animal cruelty will not be tolerated in India.