SIGN: Justice for Dog Tied to Car and Dragged Down the Road 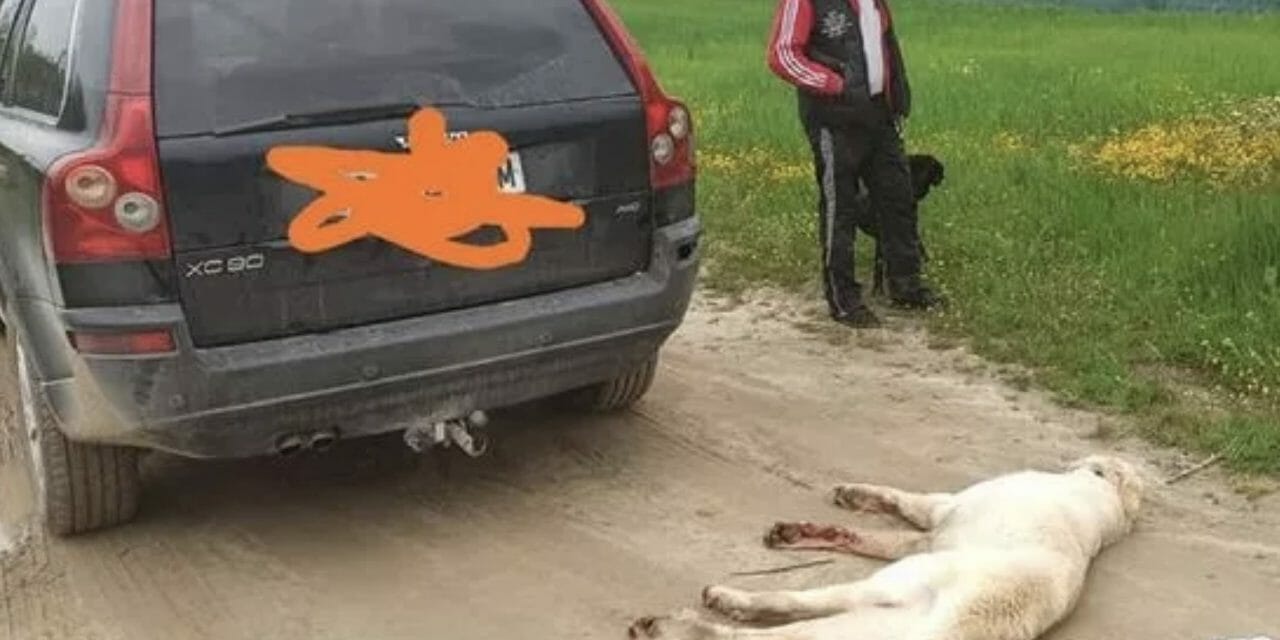 In an appalling act of animal cruelty, an innocent dog allegedly spent his terrifying final moments with a rope around his neck, suffocating as he was dragged behind his guardian’s vehicle in El Molar, Spain.

The dog ran behind the car for miles before tripping and getting tangled in the rope; then, the supposed caretaker pulled the dead dog’s body down the road, according to animal rescue center founder Yolanda Reyes Hernandez.

Horrified onlookers, who risked their own safety to stop the vehicle, captured images of the dog’s limp body lying lifelessly in the mud behind the car.

The Civil Guard arrested the driver, a man named Carlos, who broke local coronavirus-related lockdown laws to commit the alleged act. He remains free while awaiting trial on charges of animal mistreatment.

The perpetrator showed a complete disregard for the health and safety of others and Spanish officials must show that animal abuse is to be taken seriously.

Sign this petition urging the Spanish Ambassador to the U.S. Santiago Cabanas to encourage local authorities to prosecute the suspect to the fullest extent of the law, including a lifetime ban on him ever having an animal in his care again.