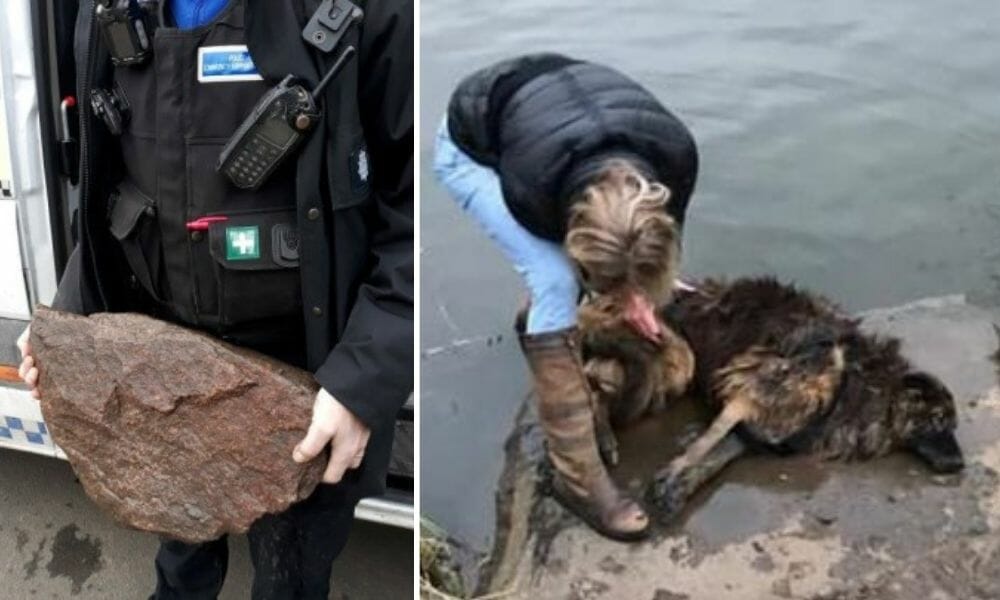 UPDATE (4/16/2021): We are thrilled to announce that Bella, now 11, has recuperated from her horrific abuse and also has found a loving forever home!

In other news, the dog’s former “guardian,” Charlene Latham, has pleaded guilty to causing unnecessary suffering to an animal when she failed to stop her ex-partner from allegedly attempting to drown the dog. The court system sentenced her to 12 months community service, banned her from having dogs for the next three years, and ordered her to pay 312 euros — the equivalent of $374 — in fines, medical costs, and a victim fee.

The RSPCA, which investigated the crime, said the agency did not have enough evidence to prosecute the ex-partner, who denied Latham’s allegations, according to the Daily Mail.

Lady Freethinker thanks the more than 38,000 people who signed our petition, demanding justice and accountability for Bella, and we are overjoyed this senior dog now has the loving forever home she deserves.

Thrown into the icy waters of the River Trent with a large rock tied to her neck, Bella, a 10-year-old Belgian Shepherd, desperately fought for her life, struggling to stay above water before a heroic passerby rescued her from drowning.

Without someone to pull her out of the freezing, winter water, Bella would have died.

The police, who called Bella’s abuse “very shocking” and “totally unacceptable,” traced the cruelty back to Charlene Latham, who has pleaded guilty to causing unnecessary suffering in front of the Nottingham Magistrates Court, and to a 32-year-old man who denied the allegations.

Bella deserves justice after enduring such horrific abuse. We must speak out to ensure that innocent dogs like her are free from harm and potential death.

Sign this petition urging the Nottingham Magistrates Court to prosecute those responsible for Bella’s suffering to the fullest extent of the law, including a life-long ban on ever having animals.