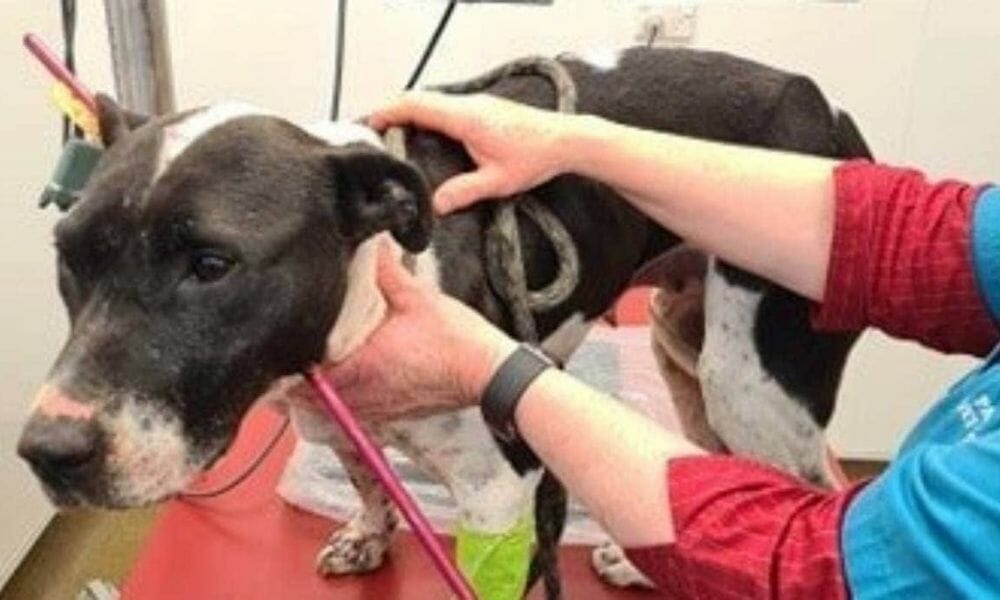 UPDATE (3/15/2022): In happy news, Lou is doing great and has found her forever home with a family that constantly dotes on her, according to a Facebook post from Furever Homes. Unfortunately, no one was connected or charged for her horrific treatment, according to What’s On Invers.  We thank everyone who signed our petition and we will continue to do all we can to advocate for innocent animals. —Lady Freethinker Staff

A malnourished and dehydrated dog named Lou is now deaf in one ear after an arrow pierced her neck, missing her main artery by less than an inch in Gore, New Zealand.

Rescuers found Lou frantically running around and bleeding profusely from her wound, according to local news organization What’s On Invers. The local community is shaken after witnessing the horrifying scene.

Lou is lucky to be alive and faces a lengthy road to recovery, including ongoing physical and mental therapy for seizures, internal swelling, and emotional trauma. This innocent dog, who previously suffered abuse at the hands of a prior guardian according to Stuff, deserves justice.

There’s no excuse for shooting a potentially lethal projectile at a helpless dog, and the person(s) responsible for Lou’s injuries must answer for their actions. Sign this petition urging police to use all available resources to identify and charge Lou’s attacker.