SIGN: Justice for Dog with Snout Taped Shut, Left On Roadside to Die 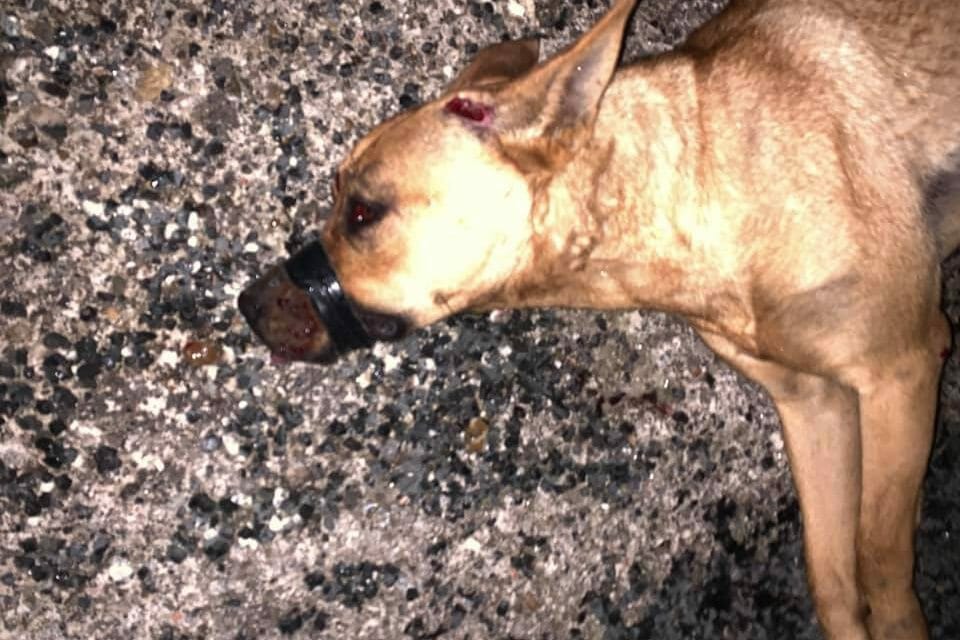 Bleeding from her head and barely able to breathe, a helpless dog with her snout taped shut struggled to survive on the side of the road until local Silverdale, Sydney residents found her. The innocent victim had been heartlessly dumped, likely by dog baiters, according to the Daily Mail.

After initially thinking the dog had been hit by a car, Lauren and Matthew Davis quickly realized she was probably the victim of organized dogfighting. Barely alive, the brutalized pup was miraculously still breathing, and her rescuers removed the tape from her mouth and rushed her to the vet in a desperate attempt to save her life. Heartbreakingly, the dog was dead on arrival.

“This is not entertainment – it is inhumane, vile and downright evil,” Ms Davis wrote on Facebook, where she shared distressing images of the tortured dog struggling to survive. “Dogfighting is illegal in Australia, the cruel people who did this used this poor girl for whatever repulsive reasons and could not do the decent thing of putting her to rest, instead they dumped her on the side of the road.”

A post-mortem examination is being conducted to officially determine the cause of death and to collect forensic evidence.

We must take action to ensure the perpetrator(s) of this horrific crime can never put another animal through such painful agony ever again.

Sign this petition urging the NSW Police Commissioner Michael Fuller to use all available resources to find and charge the people who committed such a horrific act of animal cruelty, and rescue any other dogs in their care.

RSPCA NSW is asking anyone with information to call the animal cruelty hotline on 1300 CRUELTY (1300 278 3589) or online via the website.