SIGN: Justice for Dog Dragged Down the Street Behind Scooter 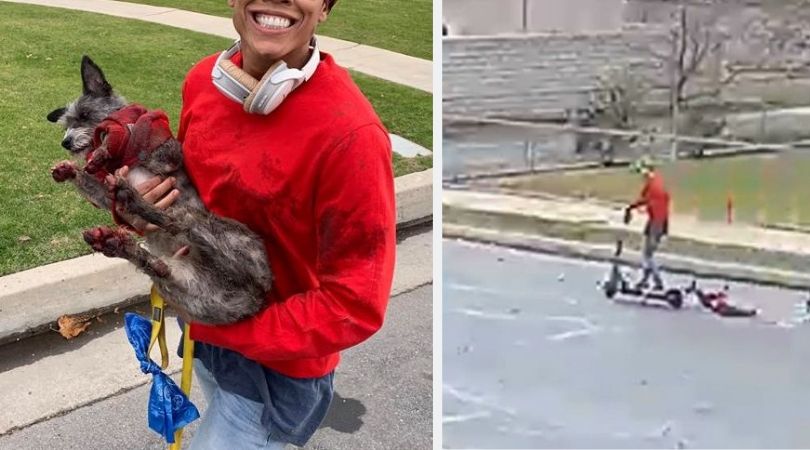 In a now-viral video, a woman in Bakersfield, California cruelly dragged a small dog down the street behind her electric scooter, leaving the helpless dog bloody and wounded.

Video footage captured from a home security system shows the dog lying on his side as she tows him by the leash along the asphalt.

Good Samaritans who stopped the woman say she dragged him for at least 100 yards at speeds of around 15 miles per hour. His paws were covered in blood.

The woman, Elaine Rosa, laughed off the incident when confronted, saying, “Sh*t happens, just like with kids.” Photos show her smiling as she holds the injured dog, later identified as “Zebra.” Local media reported that she is not his guardian.

The Kern County District Attorney’s Office has filed a felony animal cruelty charge, along with a misdemeanor charge. Now, we must speak out to send the message that such cruelty must be taken seriously.

Sign this petition urging Kern County District Attorney Cynthia Zimmer to treat this case with the severity it deserves, and ban Zebra’s abuser from ever keeping an animal for the rest of her life.