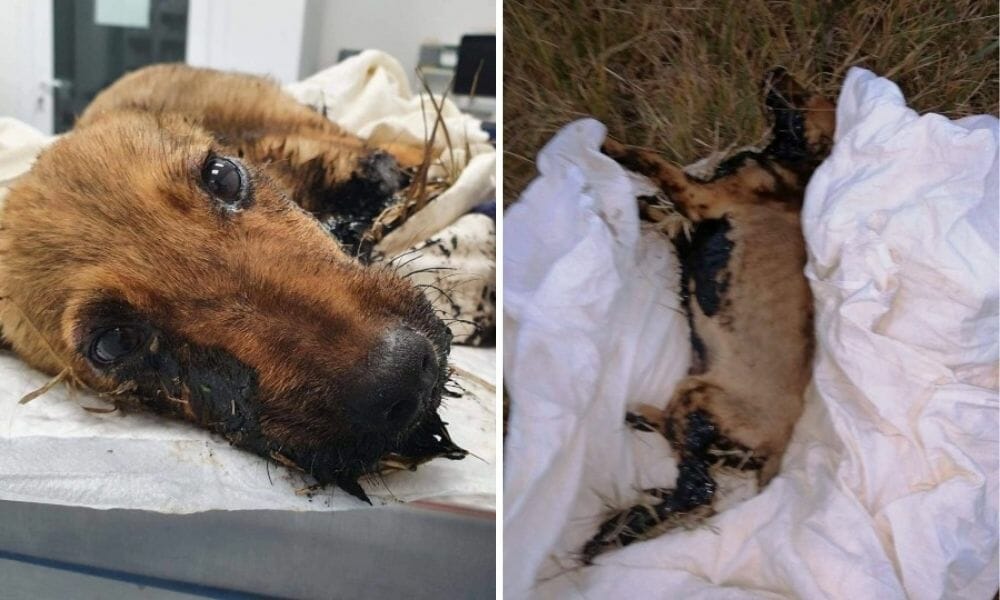 UPDATE (9/9/2021): Mayflower Animal Sanctuary told Lady Freethinker (LFT) that the innocent dog in this case, now named Harvey, made a safe journey to the shelter in February.

“He was adopted not long after that and is now living his best life,” shelter staff told LFT, then sent a photo and added, “Prepare to be amazed …yes he is the same dog!”

We are overjoyed that Harvey has found a happy and loving forever home and are grateful to everyone who assisted with his rescue and recovery.

We have checked back in with law enforcement handling the case but have not yet received any updates about whether anyone was connected to or held accountable for this cruelty. We will continue to follow this case. 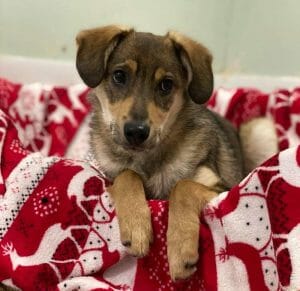 Attacked and covered in scalding hot tar, a helpless and malnourished puppy burned in excruciating pain. The deliberate onslaught left the stray dog unable to walk, and the toxic fumes he was forced to breathe in damaged his lungs and led to pneumonia, according to Metro.

Rescuers found the dog clinging to his life.They bathed him in special chemicals to remove the hardened tar without causing further damage to his blistered skin.

The dog’s road to recovery will require extensive and prolonged care.

Authorities believe the puppy’s attackers took the tar from a nearby building site and purposefully dumped it on the dog. The abusers who tortured this frail, innocent dog must be held accountable for their actions.

Sign this petition urging Romania’s Minister of Internal Affairs Ion Marcel Vela to push authorities to thoroughly investigate this abhorrent act of cruelty, using all available resources to find and charge those responsible.