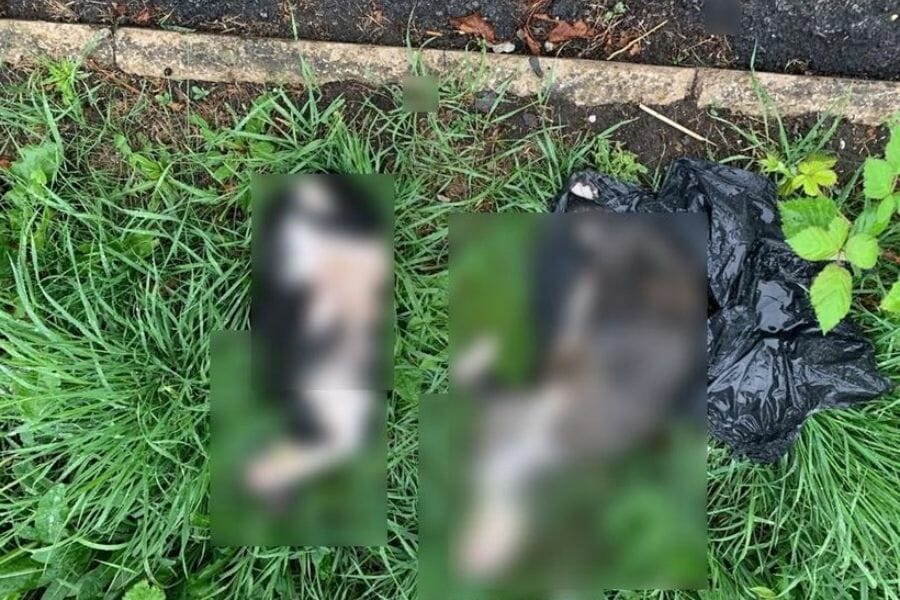 UPDATE (07/09/20): The cats found dead and dumped in bags outside a Grimsby social club are “unlikely to have died naturally,” according to animal cruelty officers investigating the case. It’s now even more urgent that local authorities find the person(s) who may be intentionally harming these cats to prevent possible pain and suffering to other innocent animals.

Innocent cats are turning up dead in the parking lot of a Grimsby, U.K. social club with local residents suspecting the animals might be suffering at the hands of a serial animal abuser, according to Grimsby Live.

At least five deceased cats have been found so far, including one possibly pregnant female, and a lingering putrid odor suggests there are more discarded corpses yet to be discovered.

With the young cats appearing otherwise healthy, their deaths are a mystery, prompting witnesses to wonder if they’ve been deliberately harmed or killed. It’s possible beloved family pets are being stolen and victimized.

One disturbed onlooker claimed to have repeatedly witnessed a person driving a silver van in the parking lot, tossing black garbage bags into the undergrowth where the cats were found, the Mirror reported. When the driver noticed the community member watching him, he allegedly rushed into the van and sped away, according to the witness.

Nearby residents are terrified to let their beloved pets out of their sight, fearing they might be stolen and killed, and they’re demanding answers: why do dead cats keep turning up, and who is responsible?

If someone is torturing and killing felines and dumping their lifeless remains, then animals are at risk as long as the attacker remains on the streets. Sign this petition urging Humberside Police Chief Constable Lee Freeman to use all available resources to thoroughly investigate this bizarre and possibly malicious event.