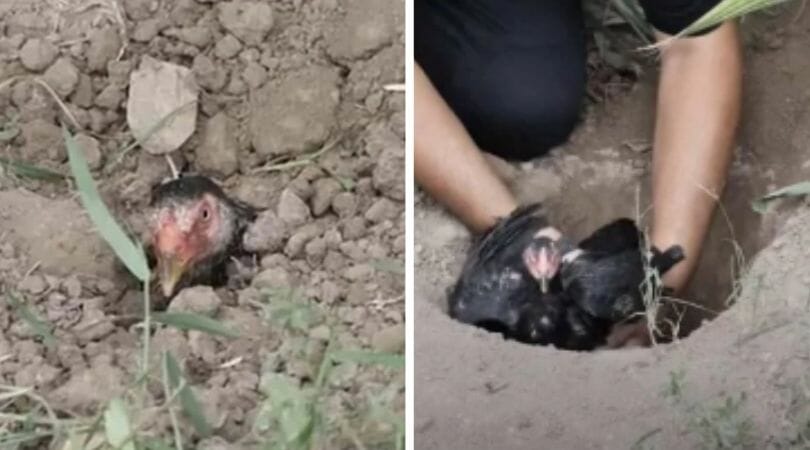 In a horrific viral video, a popular Thailand YouTuber allegedly buried a defenseless chicken neck-deep in dirt and force-fed the immobile bird coconut milk for two weeks before slaughtering her, according to The Thaiger.

The appalling footage showed the helpless chicken featherless, starved, and blue from the 14-day ordeal after the host dug her out of the ground, The Thaiger reported.

Momm Tanaddak, the man behind the Sahawat Chopchingchai YouTube channel, claims that the since-deleted video merely simulated a traditional cooking technique, denying that any chickens were tortured during the process. But Tanaddak has been criticized for animal cruelty in his videos in the past, and the new graphic footage captured the attention of Watchdog Thailand, resulting in a criminal complaint against the man and his production team.

The suspect(s) could face charges of animal cruelty, violation of animal welfare, and illegally slaughtering a chicken, according to the organization.

Authorities must fully investigate this case, and charge anyone involved with torturing this innocent animal. Sign this petition urging Ambassador of Thailand to the United States Thani Thongphakdi to push for a thorough probe of this disturbing animal cruelty case, showing that animal abuse will not be tolerated.