SIGN: Justice for Dog Beaten, Caged and Dumped into Lake to Drown 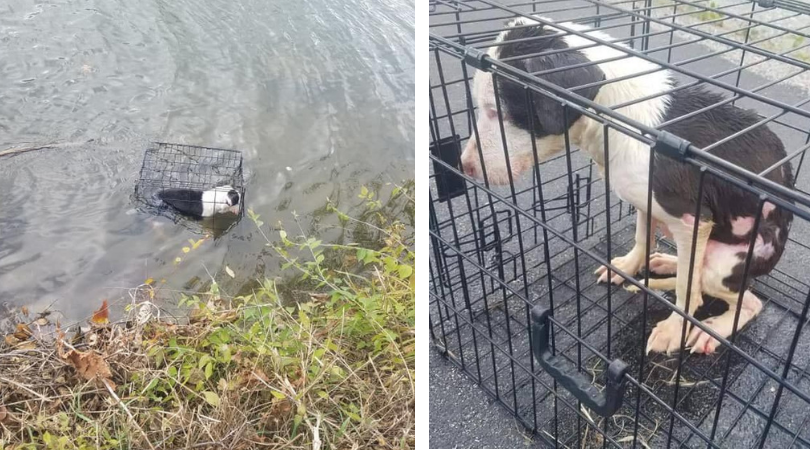 UPDATE (6/6/2022): We sent our petition, signed by more than 20,000 people, to the Champaign police to encourage them to thoroughly investigate this tragic act. Investigators have not yet not identified a suspect, though the case remains open, according to Interim Assistant to the Chief of Police for Community Services and Public Information Officer Joe Lamberson. The dog found is known in the community as Dory, and police are continually working with Crime Stoppers and local media to get her story out, Lamberson said. Champaign Police Department asks anyone with information on the incident or Dory’s neglect to contact police at 217-351-4545. We thank everyone who signed our petition for this sweet dog. –Lady Freethinker Staff

A dog was brutally beaten and trapped in a metal cage before she was tossed into icy Kaufman Lake in Champaign, Ill., to drown. Terrified, suffering from hypothermia, and bleeding from numerous wounds, she is only alive today purely by chance.

Bryant Fritz was fishing at the lake when he discovered the caged dog half-submerged in the water about 20 yards offshore. He immediately waded in and dragged her out.

When he got her to shore, he saw she was covered in blood, with hair missing on her flanks and skin ripped from the bottom of her paws. He told WCIA 3 News that it was clear she had been in the water for hours.

Veterinarians at the University of Illinois Veterinary Hospital said the dog was suffering from hypothermia when she arrived; her temperature so low that their thermometers couldn’t even get a reading. It took hours before they were able to raise her body temperature to the normal range.

Doctors also treated her numerous wounds, which they said were likely inflicted before she was caged and dumped in the lake.

This act of cruelty nearly resulted in the traumatic, painful death of an innocent animal. Whoever did it must be found before they can harm any more animals – or humans.

Sign this petition urging Chief Cobb to use every resource to find the person responsible and prosecute them to the fullest extent of the law.