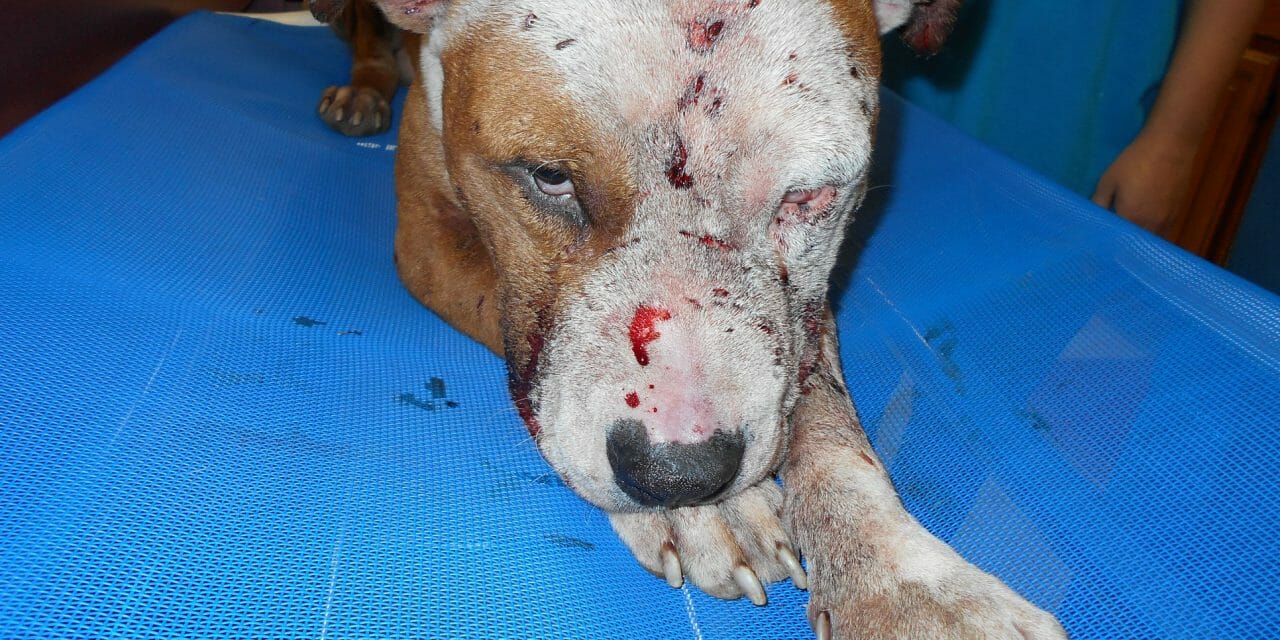 A wounded, battered dog was found lying in a ditch on the side of a road in Wichita, Kansas with severe lacerations and punctures covering his face and neck. Presumably a bait dog used as a “chew toy” to train dogs to fight, he was dehydrated, in shock, and covered in blood.

A good Samaritan found the dog and contacted the Bel Aire police department, who were able stabilize him before rescue Beauties and Beasts, Inc. took charge. They named him Steele and ensured he received veterinary treatment, but unfortunately, it wasn’t enough. The damage to his abused body was too great; his organs began shutting down, and his body went septic. He tragically passed as a result of his injuries.

As of yet, the police do not have a suspect in custody. The person or people responsible for Steele’s abuse, abandonment, and ultimate death must be apprehended as more dogs may be in immediate danger.

Sign the petition to thank the Bel Aire police department for their quick response in trying to save Steele, and urge them to now use all available resources to find the perpetrators and protect other dogs from the same torture he endured. 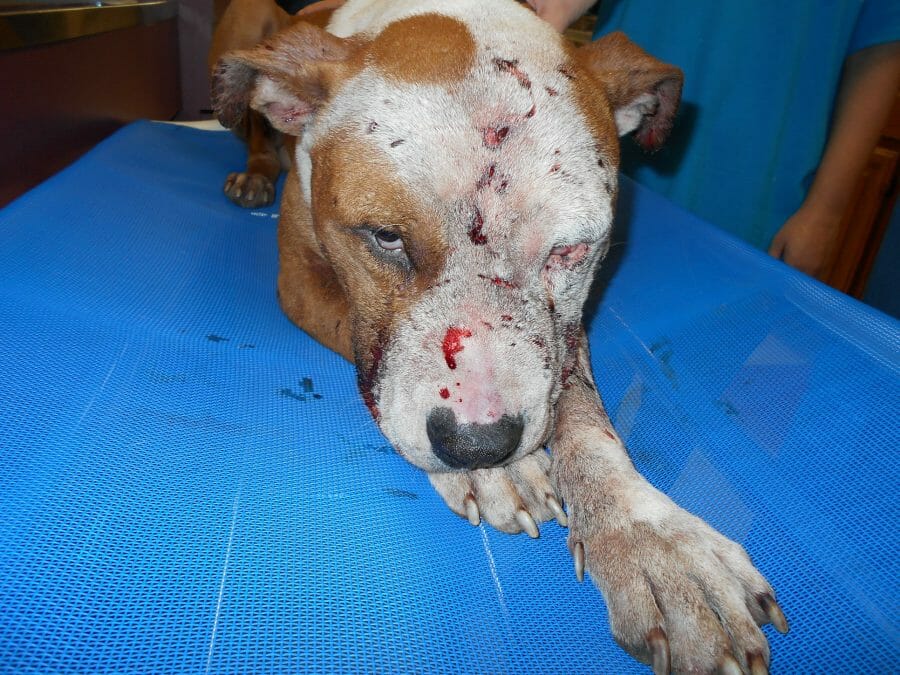