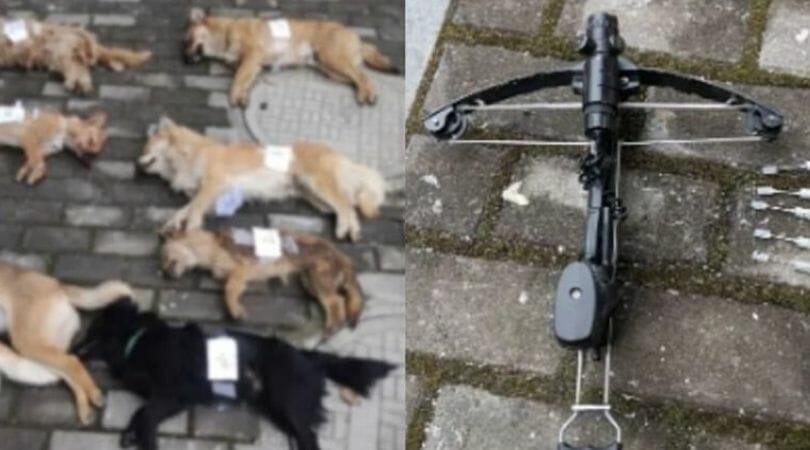 Heartbreaking video footage shows one dog desperately and painfully writhing on a sidewalk after being struck with a toxic arrow. The suspect approaches on his moped, nonchalantly plucks his dying prey from the ground, places her into a sack, and rides away.

His hunt ended after concerned onlookers contacted local authorities. By then, the poor dogs had already been brutally victimized.

The suspect, known only by the surname Chen, allegedly admitted that he killed the dogs because he wanted to sell their meat at his restaurant.

It is imperative that the individual who killed these innocent animals with the intent to butcher their cold, dead bodies for profit faces justice for his actions. He must no longer be in a position to serve or sell dog meat.

Sign this petition urging the Chinese Ambassador to the U.S. Cui Tiankai to fight for the suspect’s full prosecution and for local authorities to shut down his heinous restaurant.