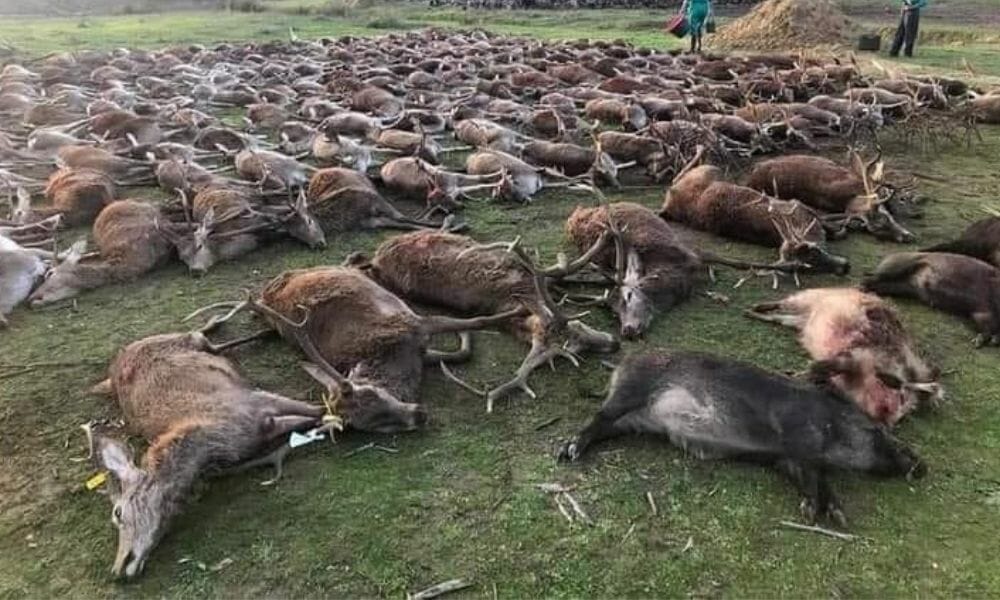 Stuck inside a fenced-in “hunting zone,” over 500 deer and wild boar desperately attempted to flee for their lives, watching as animals around them collapsed to their deaths from gunshots.

The massacre, led by 16 Spanish hunters, took place on a farm in Torrebela, where tourists are welcome to “hunt” trapped animals, according to BBC.

Horrifying images of the slaughter’s aftermath are going viral on social media, inciting outrage and demands for justice among activists and public officials, including Portugal’s Environment Minister João Fernandes.

An onslaught of this magnitude grossly exceeds the alleged purpose of allowing hunting as a means of animal population control. And killing caged animals who have no chance to escape is simply despicable.

There is no excuse for the mass killing of wildlife, and this heartbreaking incident must not go unchecked. Sign this petition urging Portuguese Ambassador Domingos Fezas Vital to push for a full investigation of this appalling event, the thorough prosecution of all perpetrators, and new hunting laws that protect animals from being slaughtered in confined areas.