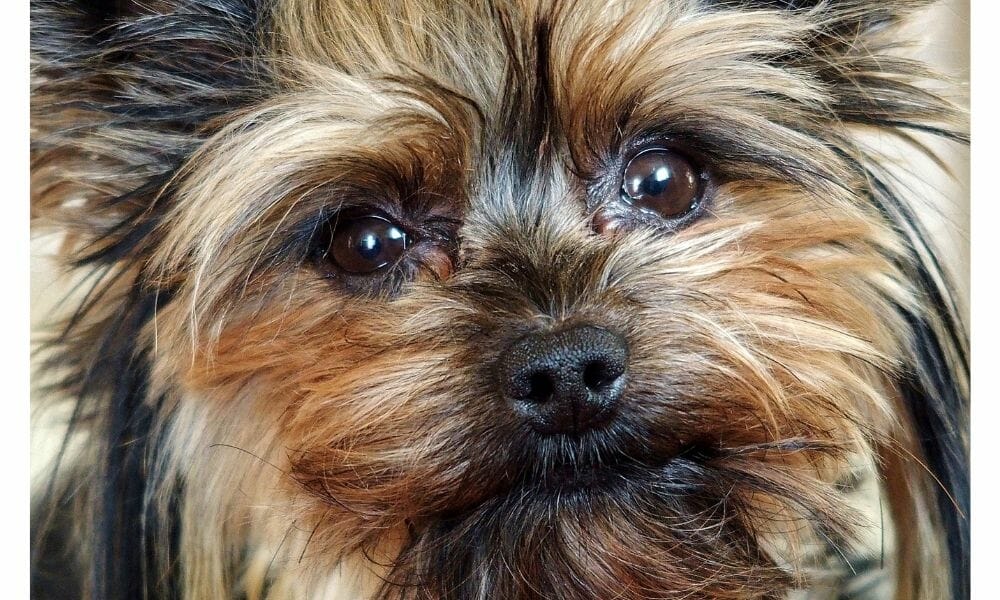 UPDATE (1/3/2022):  Feitser is currently scheduled for a court hearing in Clark County Superior Court on Jan. 9, 2023. We’ve resent our petition to prosecutors urging justice for this innocent and beloved dog, and not a slap-on-the-wrist sentence. We’ll keep watching this case. —Lady Freethinker Staff

Horrifying home surveillance footage captured the sounds of a man allegedly beating a three-pound Yorkie, named Romeo, to death in his girlfriend’s Clark County, Wash. home. The dog’s pained yelps were accompanied by several thuds during his terrifying final moments before he abruptly went silent. Seconds later, Romeo’s accused killer appeared, carrying the tiny canine’s limp body in one hand while rushing around the home in a visible panic.

The man could then be heard rummaging around off-camera in a nearby bathroom as he presumably dismounted a wall radio, which he later claimed fell and killed Romeo. But the footage speaks for itself, and Romeo’s heartbroken guardian shared it with law enforcement after arriving home and finding her beloved pet’s corpse.

Police charged Yuri A. Feitser with first-degree animal abuse and methamphetamine possession. He is currently out on bail while awaiting trial.

Sign this petition urging Clark County Attorney Tony Golik to prosecute the suspect to the fullest extent of the law, showing that animal cruelty will not be tolerated.