SIGN: Justice for 20 Dogs Starving in Urine and Feces-Infested Kennels 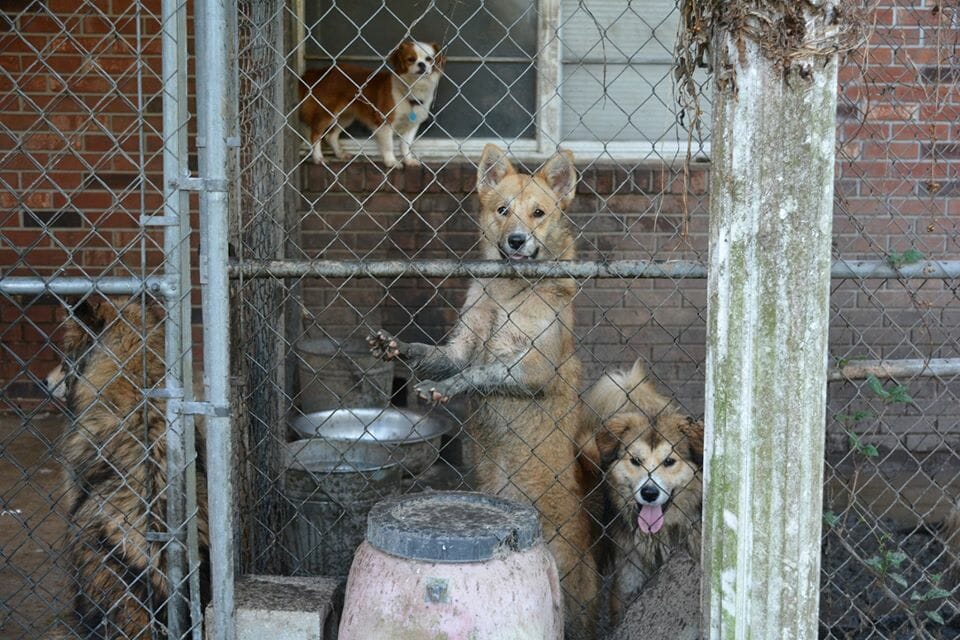 UPDATE (5/2/20): On April 20, 2020, the court ruled against Mr Decordre. He will not get his animals back. – custody of all animals will go to the Hernando County Animal Services. The Defendant is  also permanently banned from caring for any animals “until further order of the court.” Mr. Decordre must also pay $4,500.

Acting on an anonymous complaint, Animal Enforcement Officers from the Hernando County Sheriff’s Office discovered the nearly two dozen matted, filthy canines crammed into kennels so full of excrement that there was no way to avoid standing in it.

“It was noted that when the [guardian] does pressure wash the kennels, he does so with the dogs inside,” the sheriff’s office wrote in a Facebook post. “This activity causes not only the high-pressure water to spray the dogs, but the large amount of urine and feces in the kennels is sprayed about, also spraying the dogs.”

Aside from the deplorable conditions the dogs were forced to live in, they were also not vaccinated, and there was no food in the kennels. The homeowner failed to feed the dogs even after being asked. It is imperative that these deprived canines never endure another trauma like this and that authorities do everything in their power to protect other dogs from similar situations.

Sign this petition urging Florida State Attorney Brad King to push for a lifelong ban on the perpetrator having animals in his care.