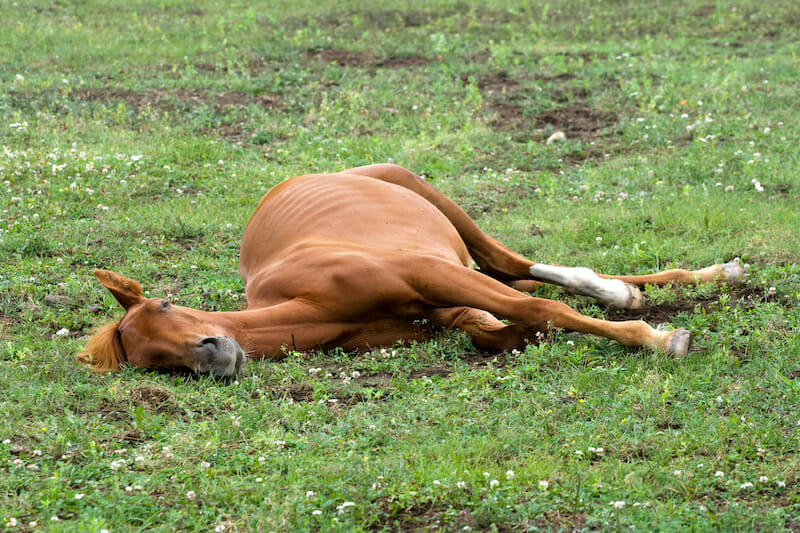 UPDATE (5/9/2022): Edward Davidson was sentenced to 24 months probation, during which he must complete an animal care class, not possess any equines, allow law enforcement onto his property for inspections, pay a $100 fine, and pay $38,485.80 in restitution for being convicted on one count of second degree animal neglect, according to court records. Thank you to everyone who signed our petition, and we will continue to do all we can to advocate for defenseless animals everywhere. — Lady Freethinker Staff

Fourteen horses were found dead and another 34 horses were removed from horrific conditions on a property near Lebanon, Oregon.

So malnourished that their ribs and hip bones showed through their skin, the animals were wading in “septic” mud up to their chests, and their drinking water was full of urine and feces when Linn County Sheriff’s Office Deputy Corey Putney discovered them.  Defendants Carol and Edward Davidson now face criminal animal neglect charges.

Sadly, this tragedy could have been prevented. According to ABC News, the sheriff’s office received multiple complaints about the Davidson property from concerned community members between December 2018 and April 2019, and claims they had tried to work with the property owners to improve conditions.

On April 24, the sheriff’s office served the Davidsons a search warrant and seized the living horses. Sound Equine Options, a local equine rescue facility, is evaluating the animals before placing them in foster care.

Shockingly, the Davidsons will be allowed to keep the other animals on their property, including sheep.

Nobody who allowed such death and suffering to go on should be permitted to keep any more animals.

Sign this petition to urge authorities to prosecute to the fullest extent of the law, and call for a lifelong ban on having animals — so no more horses suffer this fate.