SIGN: Justice for Dog Doused in Accelerant and Set on Fire 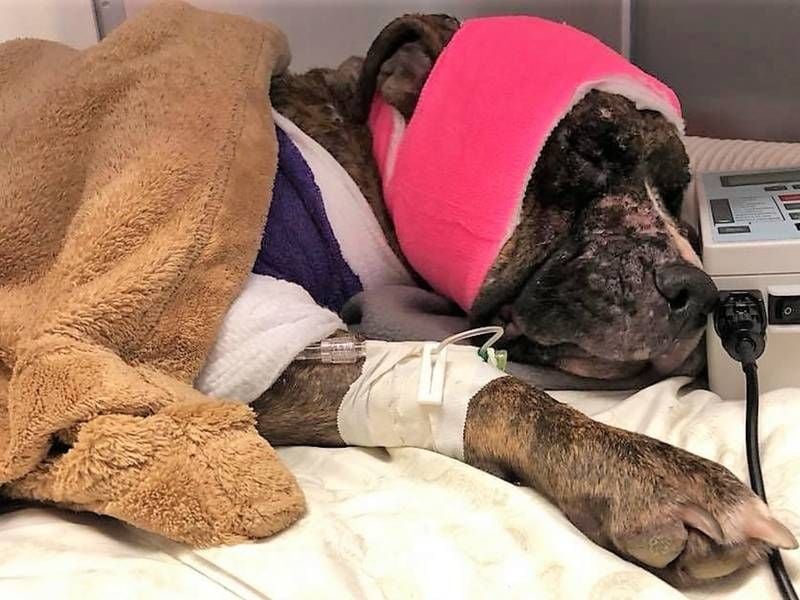 UPDATE (6/22/2022): Brandi Corrigan also was charged with animal cruelty in September 2018, according to the Tampa Bay Times. She was sentenced to prison for eight years in June 2021, according to Newsweek. We thank everyone who signed our petition advocating for justice for these innocent animals. —Lady Freethinker Staff

In a horrific act of cruelty, a woman in Lutz, Florida poured fire accelerant over her estranged husband’s favorite dog, Denali, then ignited the helpless animal in flames before lighting the entire house ablaze.

Denali was in agonizing pain when rescuers found her, suffering severe burns on her back and head. Vets gave her just a 50 percent chance of surviving the night, and seriously considered euthanization.

Denali appears to be pulling through, with the help of Suncoast Animal League. But her recovery is far from over. She must undergo general anesthetic every day for bandage changes and wound care, and needs strong pain medication. New wounds are still emerging, a common occurrence with chemical burns.

Suspect Brandi Corrigan also had seven other dogs inside the house. Thankfully, they were not locked in the same room as Denali, and were rescued in time to avoid injury. But they could have easily died as well.

While Denali fights for her life, Corrigan has yet to face a single animal abuse charge. Police have charged her with arson and possession of narcotics, but completely overlooked the fact that this woman purposely tortured and attempted to murder eight innocent animals.

Sign this petition urging state attorneys to file animal cruelty charges and prosecute this woman to the fullest extent of the law. She must never be allowed near an animal again.