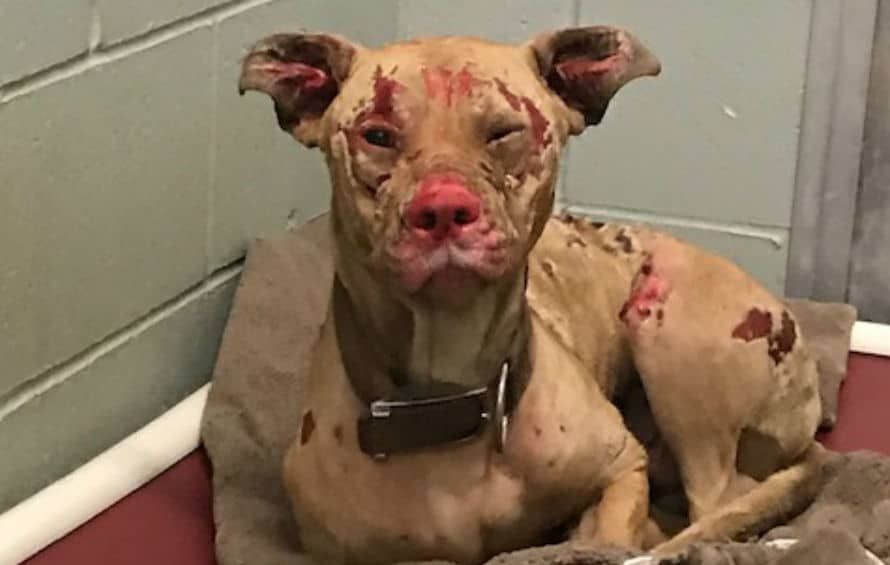 UPDATE (7/11/2022): We sent our petition, signed by more than 24,000 people, to the Shelby County Sheriff’s Office. Thank you to everyone who spoke up for this sweet dog! We’re happy to report that Justice has found a loving forever home in a gated community with a caring couple who has another pit bull, who has become Justice’s best friend, according to Chris Browder, an administrative assistant with the Shelbyville/Shelby County Animal Shelter.

“He has a big yard, an awesome deck, and lives a very comfy life,” Browder told Lady Freethinker. “His human mother keeps in contact with me quite often, as she knows the love we have for him. Although we would want nothing more than for the couple to pay for their crimes, in the end we got justice by seeing the life that Justice is living.”

“We will never forget him, nor the community far and wide that kept him in their prayers, sent money and gifts,” Browder added. “For a moment, the entire world was rooting for this baby.”

Unfortunately, on the criminal side of things, officers didn’t have enough evidence to make an arrest. We’ll keep doing all we can for animals everywhere. —Lady Freethinker Staff 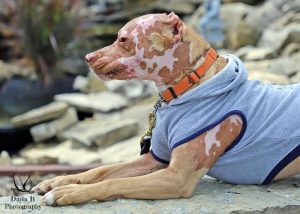 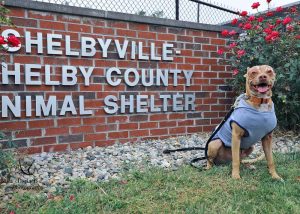 A dog in Shelby County, Indiana is still fighting to recover after suffering serious chemical burns.

The two to three-year-old male pit bull terrier was found wandering along the road. Emaciated and in intense pain, the badly injured dog had deep wounds along his back, over his head and even inside his mouth — most likely from attempting to lick the chemicals from his body.

Cared for by the Shelby County Animal Shelter, the dog — later named Justice — was unable to eat due to deep lacerations in his mouth caused by the burns; he had to be fed via a feeding tube.

To date, there are no clues as to where Justice came from or how he received his horrific burns, although he was wearing a collar and staff at the shelter say he is well trained with a sweet temperament.

The Shelby County Animal Shelter is offering a $5,000 reward for any information that leads to the arrest and conviction of the people responsible. Email: [email protected] or call 317-392-5127.

Sign this petition urging the Shelby County Sheriff’s Office to use all possible resources to find the person/s responsible for this cruel abuse, and prosecute them to the fullest extent of the law.